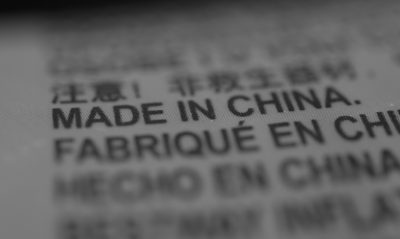 
In 2012 China filed more patents worldwide than did the US, but sadly China’s patents were bad while America’s patents were good because US patents are made for freedom and democracy while China’s are just about money. The Americans admitted China had surpassed the US in patent applications, but then added “although the quality of China’s patents is often disputed”, the accusation once again serving as proof. ‘Quality’ being partially defined as new inventions as opposed to refinements, and by curious metrics like “influence” and “global reach” and the number of times a patent is cited in a publication. So the Americans rush to cite each other’s patents in every American publication, which magically greatly enhances their creativity and innovation, and America still wins. There seems almost no claim too vacuous for the Americans to posit.
For years the US denigrated China for having few supercomputers in the Top 500 list. So Chinese engineers built many faster computers and suddenly had more in the top 500 than did the Americans. So the US moved the goalposts and the Americans still won because none of China’s machines were as fast as the best built in America. Then suddenly one day China unveiled a new supercomputer that was twice as fast as America’s best, so the goalposts were moved and China was denigrated for the use of foreign (i.e. American) microprocessors, their accomplishment therefore not counting. Taking up the challenge, Chinese engineers then produced a new supercomputer using a Chinese-designed and built CPU as well as exclusively Chinese software, and which was five times as fast as the best the US could make. So the Americans again moved the goalposts with Google’s newly-achieved “quantum supremacy” which which can do in one second what the top supercomputers would require 10,000 years.
Newsweek said this was “widely considered to be a significant milestone in the development of quantum computers” (though it wasn’t). (1) Newsweek even told us breathlessly that (Google’s) “demonstration is in many ways reminiscent of the Wright brothers’ first flights”, which weren’t actually the first flights and demonstrated nothing in particular. Many critics, including IBM, stated Google’s claim was essentially fraudulent and misleading hype, and promulgated by Google as agent to prevent embarrassment to real scientists. (2) But now the US will remain permanently in front because no other nation is willing to attract ridicule with such a fatuous claim.
We have all read the flood of nonsense in the American media trying to discount and denigrate China’s success in the recent PISA tests. While American students coagulated near the bottom on all tests, Shanghai pupils ranked first in all areas, with a mean score in mathematics of 613, compared with only 481 in the US. That put Shanghai the equivalent of nearly three years of schooling ahead of the American and OECD average. The results had no sooner emerged than the Wall Street Journal told us PISA “does not test entrepreneurship and innovation, two qualities that are extremely important to the economic well-being of a country”. Not only that, the WSJ claimed there was a negative correlation between high PISA scores and self-confidence of the students. And of course, American students have far more “self-confidence” than do their Chinese counterparts, leaving one to wonder precisely what they are so self-confident about. It certainly can’t be their level of knowledge.
Substandard Education in America
Another cute goalpost movement on Shanghai’s PISA scores was concocted by Keith Baker of the US Department of Education and eagerly echoed by Diane Ravitch, a Right-Wing professor at New York University, claiming that while Shanghai children did well on PISA tests, Baker found “no relationship” between Shanghai’s academic test scores and its economic productivity, its “quality of life” or, most importantly, its “democratic institutions”. So, the US still wins.
On this same note, did you know that Americans are the most highly-educated people in the world? Oh wait, no they’re not. Oh wait, yes they are. There was a time when American mythology told us the US could claim the highest percentage of high school graduates attending university and also the highest percentage of college graduates in the population. I don’t know if the claim was ever true, but the gradual destruction of the US educational system proved it false, upon which occurrence the Americans simply moved the goalposts and changed the scoring system. In virtually every country, a student must complete a four-year program at a recognised university to be considered a university graduate, a metric followed by the Americans until this measurement placed the US too far down the list.
Today, the American definition of university graduate includes all those who have never attended a university but who have enrolled in community colleges with widely-varying degrees of repute and who managed, some after a decade or more, to complete one year of study and obtain an “Associate Degree”, which is not really a degree but a diploma applying to anything from hairdressing and auto mechanics to the study of UFOs. US institutions and media now take the high moral ground to solemnly proclaim all these people as ‘university graduates’, thereby doubling the graduate population and putting America back near the top of the list. And that’s how we feel good to be an American.
The Americans did the same when confronted with the imminent failure of their ambition to join the world of high-speed rail, having reduced the definition of “high-speed trains” from 400 Kph to 250 and then 150, before abandoning their quest altogether while firmly retaining their moral superiority from the knowledge that they still won because they had democracy and freedom of religion. Talk about moving the goalposts and changing the scoring system. I don’t know the author of this brief passage below, but I want to share the quote with you because he captured perfectly the American spirit.

“At the end of 2013, California was still hoping to build the nation’s first high-speed rail line, a 830 Kms track from Los Angeles to San Francisco, that would be scheduled for completion in 2029 (more than 16 years) and would cost about $70 billion not including the inevitable cost over-runs. By contrast, China built its 1,320 Kms Shanghai-Beijing HSR line in only three years at a cost of 200 billion Yuan – about $32 billion. So the US high-speed train – if it’s ever actually built – will be 60% slower than China’s, will take five times as long to build and cost almost four times as much for an equivalent distance. Of course, the Americans could just ask China to build their HSR in only 18 months at a cost of only $20 billion, but that would mean admitting Chinese superiority, and that means the US will never have high-speed rail.”

*
Larry Romanoff is a retired management consultant and businessman. He has held senior executive positions in international consulting firms, and owned an international import-export business. He has been a visiting professor at Shanghai’s Fudan University, presenting case studies in international affairs to senior EMBA classes. Mr. Romanoff lives in Shanghai and is currently writing a series of ten books generally related to China and the West. He can be contacted at: 2186604556@qq.com. He is a frequent contributor to Global Research.
Notes
(1) China Races Ahead in TOP 500 Supercomputer List, Ending US supremacy; https://www.top500.org/news/china-races-ahead-in-top500-supercomputer-list-ending-us-supremacy/
(2) ‘Quantum Supremacy’: Google Scientists Claim System Can Google Scientists Claim System Can Complete Task in 200 Seconds That Would Take Normal Supercomputer 10,000 Years; https://www.newsweek.com/quantum-computing-google-scientists-breakthrough-supercomputer-1467256
The original source of this article is Global Research
Copyright © Larry Romanoff, Global Research, 2020
By MICAS - April 26, 2020