The Shamrock and Echelon Projects 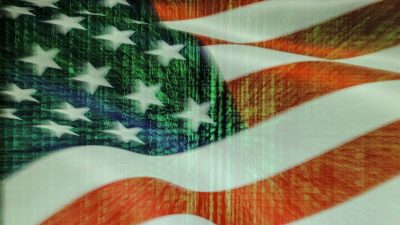 After digesting its massive theft of ideas, things and people from Paperclip following the end of World War II, the US wasted no time in designing and implementing the world’s largest network of commercial espionage that has ever existed, and one which still exists in vastly expanded form today – as we saw from the revelations by Edward Snowden.
Today, an astonishingly high percentage of the world’s internet traffic passes through the US on its way to Europe or Asia; a similar situation existed with telegraphy and telephone at the end of World War II, a situation the US government immediately exploited to the full. With the full cooperation of RCA, ITT and Western Union – who transmitted almost all of the US telegraphic traffic – the NSA was provided with daily microfilm copies of every telegraph entering, leaving and passing through the United States. (1)


This was Project Shamrock, initiated in 1945 to access every telegraph message in a search for commercial intelligence that could help American firms be more “competitive” in international markets. The first intended target was of course Germany since that country had already demonstrated its vast superiority in science and development, but naturally the entire world quickly became a target, and Shamrock evolved into Echelon, doing the same things but on an almost infinitely larger and global scale.
Echelon began with the UK spying on Russia and Eastern Europe, which plan eventually involved the US and then evolved into something called the “Five Eyes” network, which has been described as the most powerful espionage club in the world, a clandestine commercial intelligence collection and analysis network of astonishing proportion, engineered by the US, and involving Australia, Canada, New Zealand and the United Kingdom.
The system is designed to intercept and inspect communication from commercial satellite transmissions as well as global telephone calls, faxes, e-mail, public switched telephone networks, most Internet traffic, microwave links, undersea cables, and other civilian telecommunications traffic. The purpose is to obtain access to commercially beneficial information that could create competitive advantages to large firms – mostly American, since Echelon’s other members are not active in most industrial areas that concern the US. (2) (3) (4)
The system is so sophisticated that it utilizes voice-print recognition to identify the speech patterns of targeted individuals making international telephone calls, and automatically decides which conversations to monitor. Its existence was at first hotly denied by the US but is no longer in doubt, nor is there any doubt that the continued purpose of the system is to intercept and monitor private and commercial communications, and not military traffic. In fact, Echelon’s Management Committee recommended to the European Parliament that European citizens encrypt their communications because US intelligence agencies were conducting economic espionage with the system.
Today, Echelon attempts to intercept and monitor every communications transaction transmitted by satellite, undersea cables, fiber optic, telephone lines, microwave and more, spying on every nation and, if possible, on every person, on earth. Moreover, it sorts and stores all this information in perpetuity, in the world’s largest database located in the American desert, in Bluffdale, Utah. This is state-sponsored commercial espionage on a global scale, intended primarily to benefit US multinational corporations in their quest for global dominance. Echelon was initially revealed to the world in 1988 by a British journalist named Duncan Campbell (5), but the mainstream media refused to give him the microphone and his discovery came to naught. About ten years later, a New Zealand journalist named Nicky Hager (6) wrote a book that should have caused an enormous international outrage but again he too failed to get control of the microphone. It was only the more recent and detailed revelations by Edward Snowden that finally lifted the lid on this international cockroach nest. In all three cases, the commercial aspects of Echelon were clearly outlined yet the US government managed to sabotage the publicity by claiming all espionage was to prevent terrorism.
Shamrock and Echelon programs were designed more than 50 years ago for the sole purpose of industrial espionage, and Echelon continues today in vastly expanded form. When Shamrock first morphed into Echelon, communications technology was more primitive than today but the Americans nevertheless accomplished quite a lot with the few tools in their possession – and with the large numbers of German scientists in their captivity. There are literally hundreds of documented reports going back to the 1970s and 1980s when most of the telecom equipment was made in the US and was designed to accommodate American espionage efforts.
In addition to finding ways to tap into all transatlantic cables and copying every telegram, the Americans finally displayed some of their renowned native innovation and creativity. For one, all fax machines and most large office copiers (at least those made by Xerox) came out of the factory “espionage-ready”, with back doors and instructions to forward all content to an Echelon receiving site (7). There are also hundreds of documented reports of the CIA installing “spy-ready” Xerox printers in all the foreign embassies in the US, and of Motorola producing telecom networks with back doors into the US Echelon system, and installing them worldwide (8). When the US government claims to collect only data related to terrorism, that is a lie of enormous magnitude.
These processes have never abated but instead have become more clever and difficult to detect. It should be noted that Europe, and specifically Germany, is not a part of this network but is instead a victim.
Ever since the end of World War II, the US government has used the CIA, the FBI and the NSA to conduct commercial espionage on a world-wide basis, intended to aid the competitiveness of US industry, and done so with a great deal more imagination than was reflected in the revelations by Edward Snowden. As time passed and the Cold War appeared to be ending, the US intelligence agencies needed a new purpose, and so the US government redirected them to state-sponsored commercial espionage as an offensive measure designed to perpetuate the then-existing US commercial supremacy by ensuring the potential theft of every new commercial idea from anywhere in the world.
Gerald Burke, who served as Executive Director of President Nixon’s Foreign Intelligence Advisory Board, claims that commercial espionage was endorsed by the US Government as early as 1970. He is quoted as saying: “By and large, we recommended that, henceforth, economic intelligence be considered a function of US national security, (with) a priority equivalent to diplomatic, military and technological intelligence.” Immediately after coming to office in January 1993, President Clinton added to the corporate espionage machine by creating the National Economic Council, which feeds stolen commercial intelligence to selected companies to enhance US “competitiveness”.
Another official said,

“evidence of economic intelligence funneling can be found in public reports, including a 1996 Baltimore Sun article that reported that the Commerce Department routinely passed such information to select American corporate executives”.

We can therefore safely put aside disclaimers from the US government that it does only “good” spying related to terrorism while countries like China do “bad” spying to steal commercial secrets.
When Edward Snowden revealed the extent of the NSA worldwide intelligence collection network, many US officials tried their best to deflect criticism by claiming they collected only information related to terrorism, whereas China was collecting commercial intelligence. But then several countries including Germany and Brazil went public with the information that the NSA had in fact penetrated many of their commercial establishments and had been stealing industrial technology and secrets. Having been slapped so hard and so publicly, the Americans finally went silent, but there was no indication of shame or embarrassment, just a thief’s normal regret at having been caught.

The US is not the only nation engaging in this activity. According to Robert Gates, a former CIA Director, there are about 20 countries that engage in state-sponsored economic espionage in the US. The worst offender is Israel, followed by France, Russia and Britain. China is not high on this list. One of the more famous cases involving France was the discovery that France’s spy agency, the DGSE, had placed bugs in all the first-class cabins of Air France aircraft, for the purpose of recording conversations between travelling businessmen (9). Just so it doesn’t go unsaid, that 20-country list was prepared by the Americans, so it’s not a surprise they don’t appear at the top.
I would note here that there are also a great many American so-called “research” and other companies in China, some of which are primarily active in lobbying for US government interests, but many others are in fact intelligence operations, used to collect useful military and commercial information. Many of these are US multinationals like Coca-Cola, whose executives collect anything from market to political information and whose drivers appear adept at collecting militarily-useful GPS coordinates. American news reporters are another source. Almost all are heavily dependent on the US government or the CIA for funding, to the extent of billions of dollars in total. More later.

*
Larry Romanoff is a retired management consultant and businessman. He has held senior executive positions in international consulting firms, and owned an international import-export business. He has been a visiting professor at Shanghai’s Fudan University, presenting case studies in international affairs to senior EMBA classes. Mr. Romanoff lives in Shanghai and is currently writing a series of ten books generally related to China and the West. He can be contacted at: 2186604556@qq.com. He is a frequent contributor to Global Research.
Notes
(1) https://osa.3fprojects.org/surveillance-operations-and-projects/project-shamrock
(2) ECHELON: America’s Secret Global Surveillance Network; https://www.bibliotecapleyades.net/ciencia/echelon04.htm
(3) https://en.wikipedia.org/wiki/Project_SHAMROCK
(4) https://www.theguardian.com/world/2001/may/29/qanda.janeperrone
(5) https://www.duncancampbell.org/content/echelon
(6) New Zealand journalist Nicky Hager in his 1996 book Secret Power: New Zealand’s Role in the International Spy Network:
https://gangstalkingmindcontrolcults.com/eschelon-project
(7) https://electricalstrategies.com/about/in-the-news/spies-in-the-xerox-machine
(8) https://www.internationalspyshop.com/services/bug-sweeps/bugging-the-copy-machine/
(9) https://www.theregister.co.uk/2015/06/09/french_spied_concorde_passengers
(10) https://www.sciencedirect.com/science/article/pii/S1755008413700541
(11) https://en.wikipedia.org/wiki/United_States_intelligence_operations_abroad
(12) https://www.bibliotecapleyades.net/ciencia/echelon/echelon_2.htm
Featured image is from Global Look Press / Jaap Arriens; the rest of the images are from the author
The original source of this article is Global Research
Copyright © Larry Romanoff, Global Research, 2020
By MICAS - April 26, 2020