US Action in Addressing COVID-19. “Attributing Virus Deaths to the Flu” 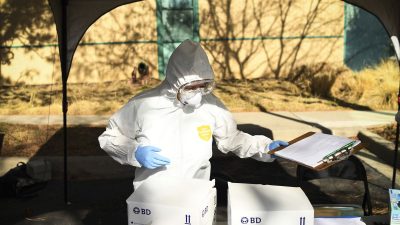 The US is following the same pattern with COVID-19 as with prior virus outbreaks. Downplay and understate initially, cover up the truth, flood the media with misinformation, then slowly release the true facts as necessary to maintain the narrative.
”Health authorities have warned that the outbreak is already well-entrenched in the US: The state of Ohio likely has more than 100,000 people carrying the virus, its health department says.” (1) [This Ohio assessment  is in sharp contrast to official  CDC figures].
If Ohio has 100,000 infections, New York and California have ten times that number.
The latest media reports point to approximately 3000 cases (March 15). The total number of cases for March 13 recorded by the CDC is 1629. The latest CDC breakdown (March 13) indicates the following 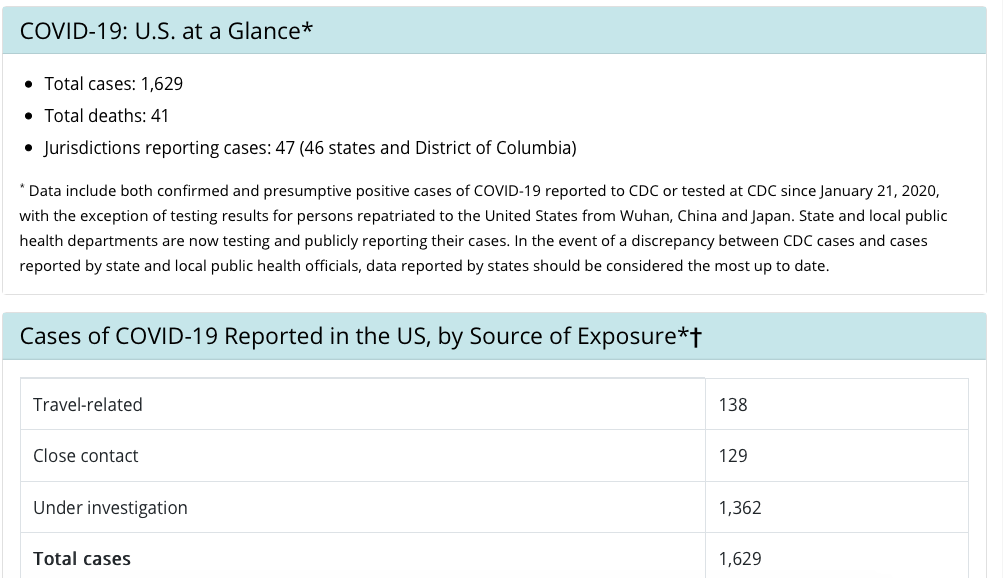 It is now apparent the CDC is not producing its own tests, but waiting for private enterprise to learn how to do it, in the meantime burying the statistics by attributing virus deaths to the flu.
Also, the CDC is still ”strongly” recommending that hospitals test first for the flu and all other possible conditions, applying virus tests only to those from ”heavily-infected” regions, and only If they appear very ill. ”We are testing only the sickest people”. This policy is insane by any standard.
Robert Redfield, the head of the CDC has as much as admitted all this. It now appears more certain that the brief epidemic of vaping deaths was not due to e-cigarettes as claimed, but was the first outbreak, shortly after Fort Detrick was shut down. This was the testimony of the virologist from Taiwan.
Then, having two years ago eviscerated the health care system, forcing all communication to be made through the White House, and declaring all such information as classified.
This is a cover-up on a large scale, supported by secrecy and a massive misinformation campaign directed against the American public.
The media still attempt to ignore the rising groundswell of opinion and fact that the virus originated in the US, although the UK Guardian broke new ground in an article claiming China was ”pushing propaganda” that the virus began in the US, adding that the theory that this is ”an ‘American virus”’ ‘was ”gaining traction” in China. (2)
Nevertheless, the Washington Post, Reuters, and several others have been attempting contact since a spokesman from the Chinese Foreign Ministry posted links to one of my prior articles on Twitter and asked everyone to forward it as much as possible because it was of ”the greatest interest” to all the Chinese people.

*
Note to readers: please click the share buttons above or below. Forward this article to your email lists. Crosspost on your blog site, internet forums. etc.
Larry Romanoff is a retired management consultant and businessman. He has held senior executive positions in international consulting firms, and owned an international import-export business. He has been a visiting professor at Shanghai’s Fudan University, presenting case studies in international affairs to senior EMBA classes. Mr. Romanoff lives in Shanghai and is currently writing a series of ten books generally related to China and the West. He can be contacted at: 2186604556@qq.com. He is a Research Associate of the Centre for Research on Globalization (CRG).
Notes
(1) https://www.shine.cn/news/world/2003144261/
(2) https://www.theguardian.com/world/2020/mar/12/conspiracy-theory-that-coronavirus-originated-in-us-gaining-traction-in-china
Featured image is from Getty Images
The original source of this article is Global Research
Copyright © Larry Romanoff, Global Research, 2020