God Save the Queen. The US Destruction of the British Empire

God Save the Queen. The US Destruction of the British Empire 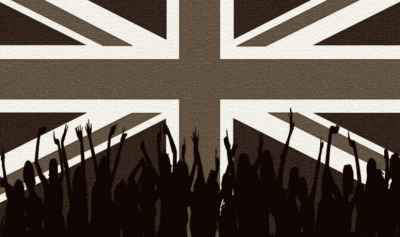 This is a little-known and never-discussed part of US history, but yet one of the major factors that propelled the US to its overwhelming manufacturing and economic supremacy after the Second World War. It involves the final destruction of the British Empire, for which no thinking person would have regrets, and also the conditions obtaining after the end of World War II. The First World War caused Britain to lose about 40% of its former Empire and wealth, and the Second World War completed this task, but not without the little-known predatory intercession of America.
During the Second War, Britain needed huge volumes of supplies of food, raw materials, manufactured goods, armaments and military hardware. But Britain’s factories were being destroyed by the war, and in any case lacked sufficient productive capacity. Britain also increasingly lacked money to pay for those goods, its solution being to purchase on credit from its colonies. Canada, India, Australia, South Africa, and many other nations supplied England with necessary goods and war materials, on promise of future payment. The plan was that after the War ended, Britain would repay these debts with manufactured goods which a rebuilt Britain would be able to supply. These debts were recorded in the then British currency of Pounds Sterling, and maintained on ledgers in the Bank of England, commonly referred to as “The Sterling Balances”.


After the Second War ended, the US was the world’s only major economy that had not been bombed to rubble, a nation with all its factories intact, and able to operate at full capacity producing almost everything the world needed. The US had enormous capacity to supply, but the many countries of the British Empire, whose economies were in sound condition and had money to pay, were refusing to buy from the US since they were waiting for the UK to rebuild and repay the outstanding debts with manufactured goods. The US government and corporations realised that this enormous market consisting of so many of the world’s nations, would remain closed to it for perhaps decades, that it would have little or no commercial success in any part of the former British Empire so long as those Sterling Balances remained on the ledgers in the Bank of England. And this is one place where the true nature of America comes into sharp focus, an incident which serves better than many to illustrate the story of American “fair play” and of the US creating “a level playing field”.
At the end of the war, Britain, physically devastated and financially bankrupt, lacked factories to produce goods for rebuilding, the materials to rebuild the factories or purchase the machines to fill them, or with the money to pay for any of it. Britain’s situation was so dire, the government sent the economist John Maynard Keynes with a delegation to the US to beg for financial assistance, claiming that Britain was facing a “financial Dunkirk”. The Americans were willing to do so, on one condition: They would supply Britain with the financing, goods and materials to rebuild itself, but dictated that Britain must first eliminate those Sterling Balances by repudiating all its debts to its colonies. The alternative was to receive neither assistance nor credit from the US. Britain, impoverished and in debt, with no natural resources and no credit or ability to pay, had little choice but to capitulate. And of course with all receivables cancelled and since the US could produce today, those colonial nations had no further reason for refusing manufactured goods from the US. The strategy was successful. By the time Britain rebuilt itself, the US had more or less captured all of Britain’s former colonial markets, and for some time after the war’s end the US was manufacturing more than 50% of everything produced in the world. And that was the end of the British Empire, and the beginning of the last stage of America’s rise.
Americans have been propagandised into believing that their country selflessly supported the European war effort, and generously planned and financed the entire rebuilding of all of war-ravaged Europe. Their heads are full of ‘lend-lease’, the “Marshall Plan” and much more. But here we have three silent truths: One is that the US assisted Europe and the UK primarily because it needed markets for its goods. US corporations found little purchasing power in the European nations that were now largely destroyed and bankrupt, and without these markets the US economy would also have crashed. It was commercial self-interest rather than compassion or charity that prompted the US financial assistance to the UK and Europe. All the US did was provide large-scale consumer financing for the products of its own corporations, with most of the ‘financing’ never leaving the US. The Marshall Plan was mostly a welfare program for American multinationals. The second truth is that Europe and England paid heavily for this financial assistance. It was only in 2006 that Britain finally paid the last installment on the loans made to it by the US in 1945. The third is that the post-war financing of Europe was not primarily for reconstruction but as the foundation for an overwhelming political control that has largely persisted to this day. Funds from the American’s vaunted Marshall Plan were spent more to finance Operation Gladio than European reconstruction.
As William Blum so well noted in one of his articles, the US was far more interested in sabotaging the political left in Europe than in reconstruction, and Marshall Plan funds were siphoned off to finance political victories for the far right, as well for the violent terrorist program known as Operation Gladio. He also correctly mentioned that the CIA skimmed off substantial amounts to fund covert journalism and propaganda, one of the conduits being the Ford Foundation. As well, the US exercised enormous economic and political restrictions on recipient countries as conditions for the receipt of funds, most being used to help re-entrench the European bankers and elites in their positions of economic and political power (after a war that they themselves instigated) rather than to assist in reconstruction. In the end, the Europeans could have done as well without this so-called ‘assistance’ from the US, and Europe would have been far better and more independent today had they refused the offer. The conviction of most Americans that their nation ‘rebuilt’ Europe is pure historical mythology created by propaganda and supported by ignorance.
*
Note to readers: please click the share buttons above or below. Forward this article to your email lists. Crosspost on your blog site, internet forums. etc.
Featured image is from TruePublica
The original source of this article is Global Research
Copyright © Larry Romanoff, Global Research, 2019
By MICAS - April 25, 2020