History of Chinese Inventions. The Present and the Future. Recent Chinese State of the Art Innovations -- October 24, 2019

History of Chinese Inventions. The Present and the Future. Recent Chinese State of the Art Innovations 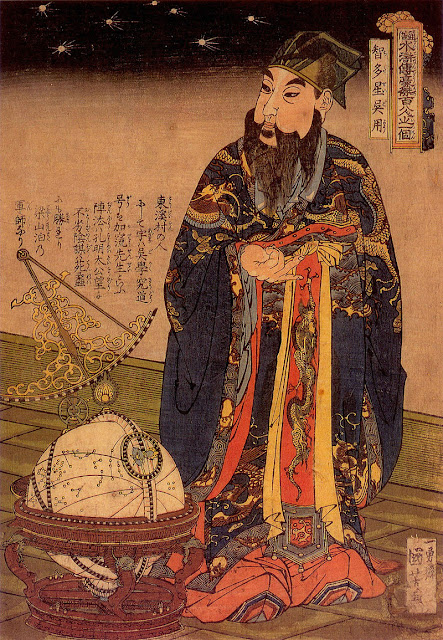 CHINESE
China as a nation has the longest and by far the most vast record of inventions in the history of the world. It is now reliably estimated that more than 60% of all the knowledge existing in the world today originated in China, a fact swept under the carpet by the West.
Joseph Needham, a British biochemist, scientific historian, and professor at Cambridge University, is widely rated as one of the most outstanding intellectuals of the 20th century. Chinese students visiting at Cambridge repeatedly informed him that Western scientific methods and discoveries discussed in his classes originated in China centuries before. Needham was so intrigued that he became fully fluent in Chinese, then travelled to China to investigate. He discovered voluminous evidence of the truth of those claims and decided to remain in China to write a book to document what he deemed a discovery of great importance to the world. Needham never completed his task of cataloguing the history of Chinese invention. His one book became 26 books and he died in 1995, with his work still continued today by his students. One good introduction to this topic is Robert Temple’s summary of Needham’s work. (1)


We were all taught in school that the printing press with movable type was invented in Germany by Johannes Gutenberg in about the year 1550. Not so. China not only invented paper but also the printing press with movable set type, which was in common use in China 1,000 years before Gutenberg was born. Similarly, we were taught that Englishman James Watt invented the steam engine. He did not. Steam engines were in widespread use in China 600 years before Watt was born. There are dated ancient texts and drawings to illustrate and prove the Chinese discovered and documented “Pascal’s Triangle” 600 years before Pascal copied it, and the Chinese enunciated Newton’s First Law of Motion 2,000 years before Newton.
The same is true for thousands of inventions that the West now claim as theirs but where conclusive documentation exists to prove that they originated in China hundreds and sometimes thousands of years before the West copied them. It was not for nothing that Marco Polo is described in China as “Europe’s great thief”. The next few paragraphs are adapted mainly from information in Temple’s book, which I strongly recommend.
The Chinese invented the decimal number system, decimal fractions, negative numbers, and the zero, so far in the past that the origin is lost in the mists of time. The Chinese tracked sunspots and comets with such detail and accuracy that these ancient records are still used as the basis for their prediction and observation today. The Chinese were drilling for natural gas about 2,500 years ago, wells 4,800 feet deep, with bamboo pipelines to deliver the gas to nearby cities. The Chinese pioneered the mining and use of coal long before it was known in the West. Marco Polo and Arab traders marveled at the “black stone” that the Chinese mined from the ground, that would burn slowly during an entire night.
China had printed paper money almost 1,500 years ago, done in ways to prevent counterfeiting. Wrapping paper, paper napkins and toilet paper were all in general use in China 2,000 years before the West could produce them. They were the first to invent and develop a full mechanical clock with a true escapement, many centuries before the Swiss had done so. The Chinese invented an ingenious seismograph still in use that tells not only the severity but the direction and distance of earthquakes. The Chinese invented hot-air balloons, the parachute, manned flight with kites, the wheelbarrow and matches. They invented hermetically-sealed laboratories for scientific experiments. They invented belt and chain drives, the paddlewheel steamer, the helicopter rotor and the propeller, the segmental-arch bridge. They invented the use of water power and chain pumps, the crank handle, all the construction methods for suspension bridges, sliding calipers, the fishing reel, image projection, magic lanterns, the gimbal system of suspension. China not only invented spinning wheels, carding machines and looms, but was the world’s leader in technical innovations in textile manufacturing, more than 700 years before Britain’s 18th century textile revolution. 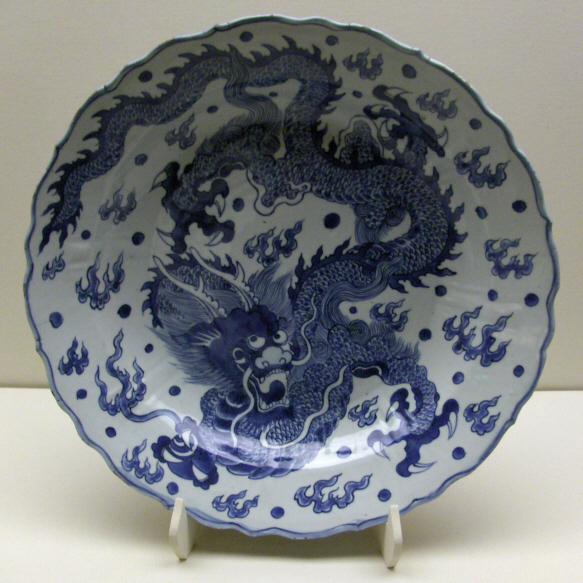 Chinese expertise with fine porcelain was so advanced millennia ago, that even today it is admitted their ability has never even been equaled in the West, much less surpassed. The Chinese discovered not only magnetism but magnetic remanence and induction, as well as the compass. They invented gunpowder, smoke bombs, the cannon, the crossbow, plated body armor, fireworks, flamethrowers, grenades, land and sea mines, multi-stage rockets, mortars and repeating guns. China had irrigation canals that were also used for transport, and the Chinese invented the canal locks that could raise and lower boats to different levels 1,500 years before the Americans built the Panama Canal. China has earthquake-proof dams functioning today that were built around 250 BC.
A millennium ago, the Chinese conceived and developed the science of immunology – vaccinating people for diseases like smallpox, knowing how to extract and prepare the vaccine so as to immunise and not infect. They discovered the circadian rhythm in the human body, blood circulation and the science of endocrinology. The Chinese were using urine from pregnant women to make sex hormones 2,000 years ago, understanding how they acted on the body and how to use them. Many centuries-old Chinese medical books still exist, documenting all this and much more. Around 1550, China compiled a huge 52-volume Chinese Traditional Herbal Medicine encyclopedia that described almost 2,000 herbal sources and 10,000 medical prescriptions. Among them is chaulmoogra oil, which is still the only known treatment for leprosy.
China designed and built the world’s largest commercial ships, which were many times longer and ten times larger in volume than anything the West could build at the time. In the late 1500s the largest English ships displaced 400 tons, while China’s displaced more than 3,000 tons. Western ships were small, uncontrollable and fragile, and useless for travelling any distance. Thousands of years ago, Chinese ships had watertight compartments that permitted them to continue journeys even when damaged. Moreover, Chinese ships not only had multiple masts, but China invented the luff sails which permit us to sail almost into the wind, just as sailboats do today, and were therefore not dependent on wind direction for their travel. Their luff sails contained sewn-in bamboo battens that keep the sails full and aerodynamically efficient, as racing sailboats use today. The Chinese invented the ship’s rudder – something the Europeans never managed to do, able to steer themselves only with oars, and European sails permitted them to travel only in the direction of the wind, which meant a ship would have to remain in place, sometimes for months, awaiting a favorable wind.
Chinese maps were the best in the world, by orders of magnitude, for more than a millennium, and the precision of their maps became legendary, being far in advance of the West. The Chinese invented Mercator projections, relief maps, quantitative cartography and grid layouts. China had compasses and such extensive astronomical knowledge that they always knew where they were, could plot courses and follow them by both compass and star charts, and could sail wherever they wanted, regardless of the wind direction. As Needham pointed out, China was so far ahead of the Western world in sailing and navigation that comparisons are just embarrassing. It was only when the West managed to copy and steal China’s sailing and navigation technology that it was able to begin travelling the world and colonising it. James Petras wrote, “It is especially important to emphasize how China, the world technological power between 1100 and 1800, made the West’s emergence possible. It was only by borrowing and assimilating Chinese innovations that the West was able to make the transition to modern capitalist and imperialist economies.” (2)
China was 1,000 years ahead of the West in anything to do with metals – cast iron, wrought iron, steel, carbon steel, tempered steel, welded steel. The Chinese were so skilled at metallurgy they could cast tuned bells that could produce any tone. Long before 1,000 A.D., China was the world’s major steel producer. I believe it was James Petras who noted that in about 1,000 A.D. China was producing about 125,000 tons of steel per year, while 800 years later Britain could produce only 75,000 tons. (1) The Chinese invented the blast furnace, the double-action bellows to achieve the necessary high temperatures for smelting and annealing metals. They invented the manufacture of steel from cast iron. Thy excelled in creating metallic alloys, and very early were casting and forging coins made from copper, nickel and zinc. The entire process of mining, smelting and purifying zinc, originated in China. The Chinese developed the processes of mining itself, and the concentration and extraction of metals.
China was highly advanced in agriculture, having invented the winnowing fan and the seed drill, making an easy process of tilling, planting, and harvesting. Europeans and Americans were still seeding crops by scattering grain from a bag, a greatly wasteful practice that necessitated saving 50% of each year’s crop for seed. China developed scientifically efficient plows that have never been equaled and are still used all over the world today. They invented and developed animal harnesses and collars that first permitted horses to actually be used to pull loads. Europe had no efficient plow, and their only way of harnessing animals was to put a rope around their necks, which succeeded only in the animals strangling themselves. The Chinese invented saddles and the riding stirrup. China’s food production was orders of magnitude ahead of the world for more than 1,000 years, its advances in agriculture the enabling cause of Europe’s agricultural revolution that first permitted it to begin feeding itself adequately. The Chinese were wearing fine silk and cotton clothing and using toilet paper while centuries later Europeans were still wearing animal skins. 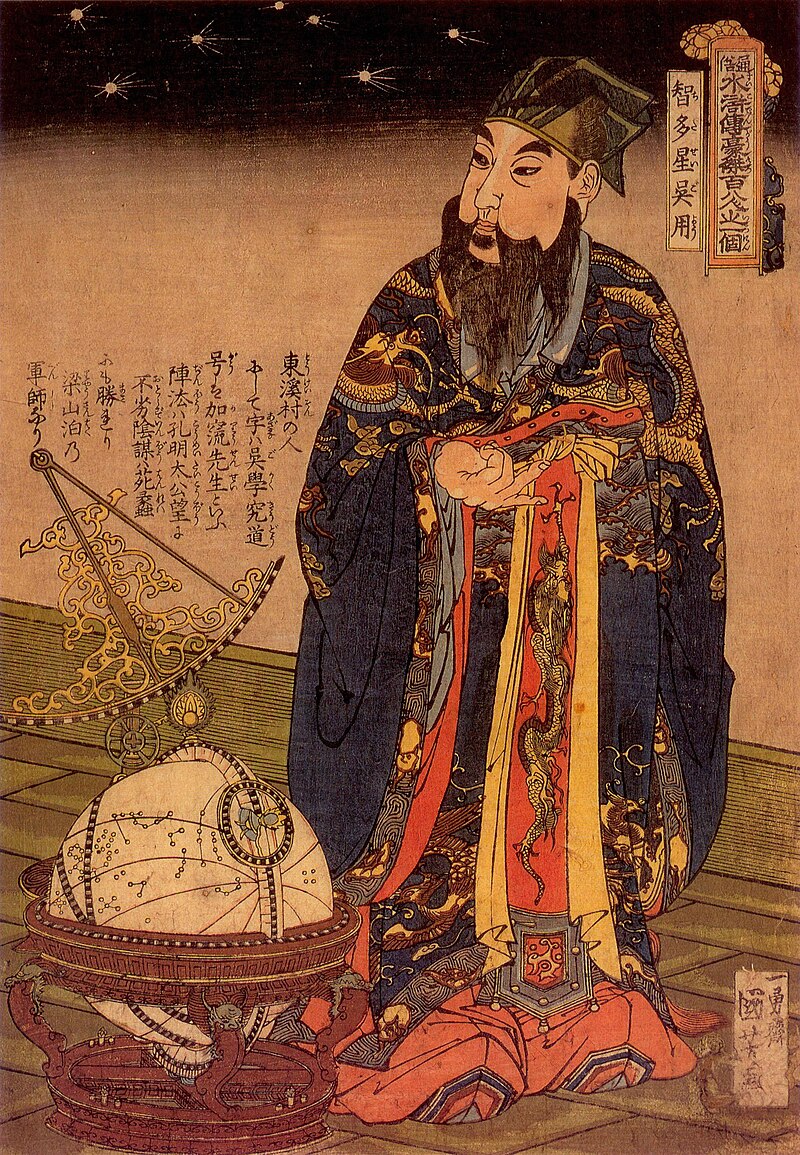