Humanity at the Crossroads

Humanity at the Crossroads

Connecting the Dots to Our Brave New World

Humankind is at a cusp, a point of transition between two different states of governance and existence. The world today is like a sack being slowly filled while the string around the opening is pulled increasingly tighter to prevent the contents from escaping confinement. The shadows of this future are everywhere to be seen but even the keenest of observers tend to view the portents not as the warnings they are, but instead regard all these pieces of one despairing puzzle as disconnected and unrelated events. In this essay, we will take a look at where our world is going, how it is going there, and why it is going there.
For, dark and despairing, my sight I may seal, but man cannot hide what God would reveal. ‘Tis the sunset of life gives me mystical lore, and coming events cast their shadow before. (1)
One needn’t be credentialed as either prophet or oracle to make the connections and expose the plan. It is another matter entirely to convince average readers of the truth of it. German philosopher Arthur Schopenhauer wrote that all truth passes through three stages. First, it is ridiculed. Second, it is violently opposed. Third, it is accepted as being self-evident. We are midway between the first and second stages, where proponents of exposure are still widely ridiculed but, if they gain a popular audience, they will be violently attacked.
Where we are going – One World Government

Lest we succumb to the temptation of dismissing this as yet another batty conspiracy theory, it would be wise to consider these quotes:
David Rockefeller in an address to the Trilateral Commission, referring to the Bilderberg Group, whose existence was hotly denied and derided for decades as just another conspiracy theory:

“We are grateful to the Washington Post, the New York Times, Time magazine and other great publications whose directors have attended our meetings and respected the promises of discretion for almost forty years. It would have been impossible for us to develop our plan for the world if we had been subject to the bright lights of public scrutiny during those years. But, the world is now more sophisticated and fully prepared to march towards our one world-government. The supranational sovereignty of our intellectual elites and world bankers is surely preferable to the globe as a whole.” (2)

Montagu Norman, Governor of The Bank of England prior to the crash of 1929, addressing the United States Bankers’ Association, New York, Idaho Leader, 26 August 1924.

“When, through process of law, the common people lose their homes, they will become more docile and more easily governed through the strong arm of the government applied by a central power of wealth under leading financiers. These truths are well known among our principal men, who are now engaged in forming an imperialism to govern the world.” (3)

Banker Paul Warburg, testifying before the US Senate on February 17, 1950, stated,

“We will have a world government whether you like it or not. The only question is whether that government will be achieved by conquest or consent.” (4)

We will have a look at one example each of the ‘conquest’ and ‘consent’ scenarios in Iraq and Greece, but let me state here that there are literally thousands of similar statements going back well over 100 years (sufficient with footnotes to fill a 300-page book), by authors and personalities famous and obscure, but all containing essentially the same message – that the financial powers of Europe and America are planning a super-sovereign world government within their absolute control. One would have to be a fool to ignore the sheer volume of evidence.
A Quick Look at Greece
Greece is now a failed state, an almost perfect exemplar of our future, the definitive ideal of those planning the world to come. Driven into bankruptcy by unrepayable loans, the leaders of Greece threw away their nation’s one chance for survival as a sovereign state and instead capitulated totally, accepting draconian measures meant to perpetually impoverish their population, while privatising the entire nation in one fell swoop. The international bankers bullied Greece into placing the nation’s entire infrastructure into a so-called trust (controlled by “an independent Luxembourg-based company”), which, by order, would be “entirely outside the reach or influence” of the Greek government. The bankers and their friends will now take ownership of all of it, at prices they set.
Greece was bullied into a package of reforms with severe austerity measures and spending cuts. The government slashed spending in all quarters, eliminated 25% of civil service positions, reducing wages by 30% for those remaining. Greece was forced to increase the VAT rate, reduce (and eliminate) pensions and increase the retirement age, raise the domestic corporation tax while cutting taxes for the top 1% and foreign corporations, take drastic measures to “improve tax collection and fight tax evasion”. Naturally, the economy instantly cratered, losing about one quarter of its size with unemployment rising above 25% and youth unemployment above 50%, rendering the majority of families under considerable financial stress.
The government was also forced to establish virtually a new constitution, with Eurocrats and IMF officials not only writing the new laws but also having a veto over all new legislation, serving to embody in law a lack of social infrastructure and perpetual poverty, emasculating the sovereignty of the state. To ensure compliance with the austerity directives, Greece is obliged to surrender control over the policing of all major portions of its economy. Eurocrats and IMF officials not only wrote the new laws, but EU (i.e. banking) officials are placed inside all ministries, with authority to ensure compliance and control funds. Greeks now hate the Europeans bitterly, believing that these foreign creditors’ power to “rummage through every government department on Greek soil” is an insult to Greek sovereignty, with Greece in fact and reality now facing not only austerity but external governance. 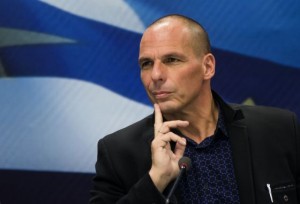 Greece’s Finance Minister, Yanis Varoufakis, resigned his position rather than participate in the destruction of his country, accusing the bankers and the ECB of deploying “liquidity asphyxiation” to bring the country to its knees, saying

“The costs being demanded of Greece are so punitive that they are almost impossible to meet.” He said further that “The most humiliating and unbearable choice is an agreement that will surrender and loot our country and subjugate our people. The European Central Bank cut off all liquidity and creditors simply destroyed our country.”
Greece’s economy has become nearly paralysed, with the whole economy shifting to cash. The local payments system is breaking down since nobody wants to accept transfers into bank accounts that could be seized at any moment, the Greeks remembering only too well the recent prior events in Cyprus where the same bankers seized from 50% to 90% of all bank accounts of significant size, including pension funds and (to the glee of many) all accounts held by Russians. Many Cypriots saw their savings wiped out because of the privately-owned central bank.

The US government did something similar to its own citizens in 1933 by seizing all gold holdings by Americans – in the depths of the Great Depression. In 1933 President Roosevelt implemented an Executive Order that prohibited US citizens from holding gold, forcing all individuals to turn over all gold bullion, coins and certificates to the Treasury (actually to the FED) in exchange for (paper) dollars. (5) (6) Essentially, the country’s entire gold supply was nationalised. Immediately upon the FED taking direct ownership of all American gold holdings, the dollar was devalued by about 60%, raising the real price of gold by a corresponding amount and cheating US citizens out of billions of dollars.


Greece has virtually ceased to exist as a sovereign nation, and there are many others similar, including Cyprus, Haiti, Somalia, Iraq, Libya, the Balkans, Panama, Nicaragua. This is not news. To quote William Blum:

“It was under Reagan administration influence that the International Monetary Fund and World Bank began widely imposing the policy package known as structural adjustment – featuring deregulation, privatization, emphasis on exports, cuts in social spending – that has plunged country after country in the developing world into economic destitution.”

The IMF chief at the time was honest about what was to come, saying in 1981 that, for low-income countries, “adjustment is particularly costly in human terms”. (7) (8)
With Greece as in all such cases after Imperialism has taken control, the nation is surrounded by a news blanket through which little if anything escapes, with the willing compliance (or terrified submission) of all news wires and media outlets, removing the country from the worldwide public mind.
A Look at Iraq
It is well-known the US launched a devastating war on Iraq, criminally unjustified and based entirely on falsehoods, and against the advice of its own military, some in the Pentagon labeling the idea “crazy”. By 2013 the US media were reporting a US military withdrawal from Iraq, but the US never had any intention of ever leaving Iraq. The myth of withdrawal was merely a PR attempt “to delete Iraq from the public’s collective consciousness, to make it disappear so they can work quietly without public scrutiny”. It is true that several hundred small military bases have been closed, but there are an additional 40 or 50 very large bases that were built to be permanent and will never be closed.
The US embassy in Beijing contains an astonishing more than 1,200 people, but the US embassy in Baghdad contains more than 16,000 people, the largest and most expensive in the world, comprising more than 100 acres, larger than the Vatican City, and costing more than 2 billion dollars to build. It is a self-contained, heavily armed and fortified city in the center of Baghdad, centered on Saddam’s former palace and containing more than 20 buildings surrounded by 20-foot walls and entirely self-sufficient for electricity, water, and all other functions, the permanent Middle East Headquarters of the American empire. From here, in conjunction with the US “embassy” in Yerevan, Armenia that contains 6,000 people (the second-largest embassy in the world) the US can spread its brutal imperial tentacles over a wide swath of Mesopotamia and the Middle East.
Iraq’s New Legislative Control 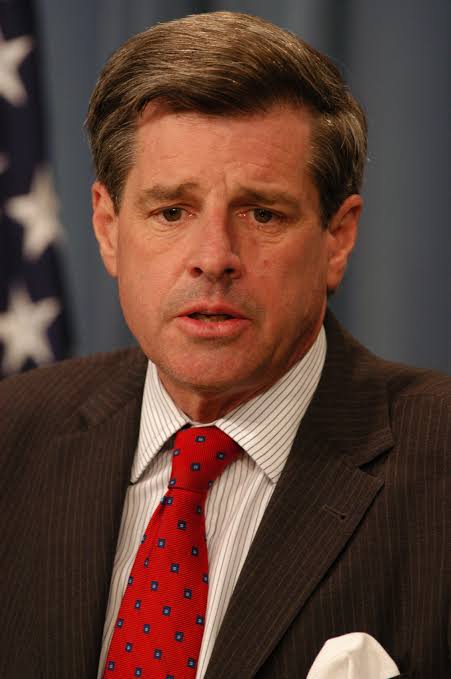 “KPMG has encountered resistance from CPA staff regarding the submission of information required to complete our procedures.”
“The auditors even had trouble getting passes to enter the Green Zone. There appears to have been good reason for the Americans to stall. At the end of June 2004, the CPA would be disbanded and Bremer would leave Iraq. There was no way the (White House) would want independent auditors to publish a report into the financial propriety of its Iraqi administration while the CPA was still in existence and Bremer at its head still answerable to the press. So the report was published in July.” (12)