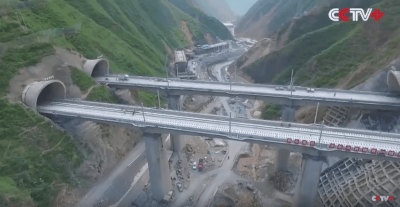 The Yiwan Railway
Work was finally completed in 2010 on China’s Yiwan Railway, a route paralleling the lake formed by the Three Gorges dam, a 380 km East – West line running through beautiful but challenging mountainous terrain from Wuhan, the capital of Hubei Province, and Yichang (the site of the Three Gorges Dam), to Wanzhou City, just East of Chongqing.
The route was originally proposed by Sun Yat-Sen in 1903 to shorten the rail journey between the mountainous regions in the southwest and eastern parts of China. The project initially began in 1909, but was repeatedly abandoned from insurmountable technological problems due to the difficult natural environment, until the central government decided to relaunch it in 2003.
This railway is a part of one of China’s most important national transport corridors. The project achieved its main objectives of increasing corridor capacity, removing transport barriers, and reducing transport costs, and has already contributed significantly to economic growth and poverty reduction in the project area, and potentially benefitting the entire Western area.


This railway line through a stretch of mountains on the edge of the Yunnan-Guizhou Plateau was China’s most difficult and expensive to build. It took a staggering seven years and 50,000 workers to dig and drill 159 tunnels and build 253 bridges. In one extreme case, it took nearly six years to drill a tunnel through Qiyue Mountain along the route. Of the railway’s total length of 380 Kms, 75% percent or 280 Kms, consists of bridges and tunnels. Each and every kilometer of the railway contains at least one bridge or one tunnel, most often one of each, leading the locals to refer to the railway as the “tunnel and bridge museum.”
60 Million RMB per Kilometer
The railway goes through some of the most difficult terrain in the country, with many sections running through karst topography, and the railway’s chief designer claiming this to have been the hardest project he had ever worked on. The line involved more than 20 billion RMB in total investment, about 60 million for each kilometer, and is China’s most expensive railway, costing double the 30 million RMB per kilometer for the Qinghai-Tibet Railway which was the second most expensive.
China’s High-Speed Trains 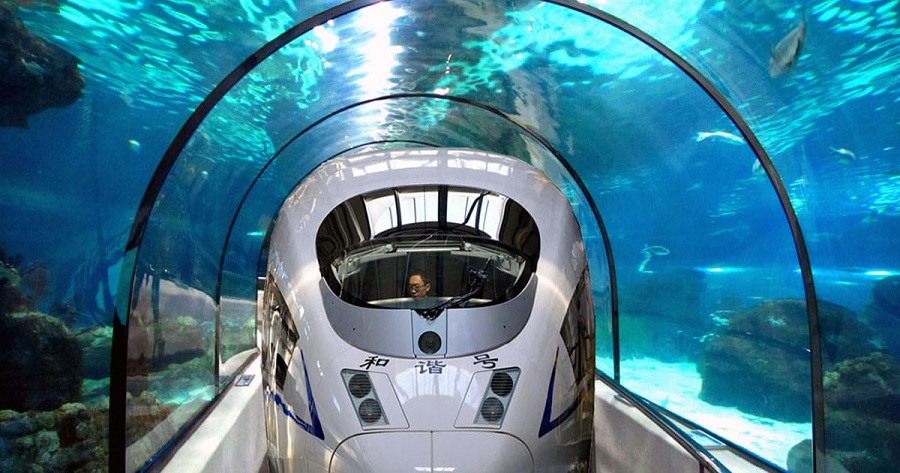 It is a bit of anticlimactic irony that this railway required so much time to build that railway technology surpassed it during its own construction. The Yichang-Wanzhou railway was designed for trains traveling at about 200 kph, which were the fastest at the time construction began, but was two generations behind by the time construction was completed. Given the construction difficulties, there is probably no one in China interested in upgrading this railway in the immediate future.
This railway reduced the Yichang-Wanzhou travel time from 22 hours to just five hours, and travel time from other Central or East China cities to Southwest part of the country are now also significantly shorter, bringing new opportunities for residents who live in the steep and remote Wuling mountains. One local resident said, “We used to pay 100 Yuan (US$15) for a one-day bus trip to Yichang before. Now, 30 Yuan can get us there in two hours.”
Infrastructure and Privatisation
China has invested heavily in railways in remote areas like the Three Gorges, Qinghai, Xinjiang and Tibet, in an attempt to connect the length and breadth of the country with convenient and fast transportation. Chinese leaders recognised from the beginning that economic development follows transportation, and thus maintaining control of the transportation infrastructure derives from a determination to distribute the benefits of development to the entire nation.
The reality is that not all infrastructure is destined to be financially profitable – profitability being the only measure by Western standards. A privately-developed railway system would be built only on the most profitable routes, those likely to amass billions for their owners but that would leave perhaps half the nation destitute for transportation and sentenced to perpetual poverty. Thus, railway privatisation would saddle China’s central government with the costs of building all the unprofitable routes without benefitting from the profitable segments. This is one of Western capitalism’s main mantras: privatise the profits and socialise the losses.
It was the same with mobile communications. Recognising the development potential attributable to rapid and inexpensive communications, China’s central government decreed that the entire population must benefit equally, or at least have more equal opportunity to benefit, and thus the entire country was wired, including the deserts and the most difficult mountainous areas (such as Wuling) with sparse population and no realistic hope of profitability. But with China’s universal mobile phone system, farmers in some of the most remote mountain villages are on the internet daily, learning better agricultural methods, checking and negotiating prices and arranging sales. And with this new railway through some of nature’s most formidable barriers, local farmers and business people (who would have been ignored by private enterprise) can not only easily arrange delivery of their produce but quickly travel between regional population centers, stimulating enormous increases in tourism and all manner of commerce, thus benefiting the entire region.
*
Larry Romanoff is a retired management consultant and businessman. He has held executive positions in international consulting firms, and owned an international import-export business. He lives in Shanghai and is currently writing a series of ten books generally related to China and the West. He can be contacted at: 2186604556@qq.com He is a frequent contributor to Global Research.
All images in this article are from the author
The original source of this article is Global Research
Copyright © Larry Romanoff, Global Research, 2019
By MICAS - April 25, 2020