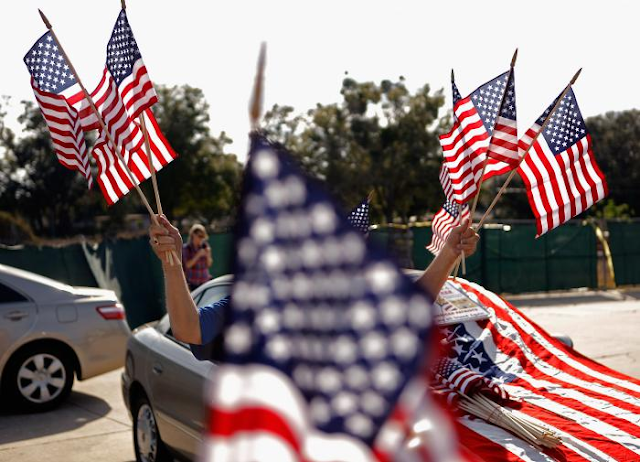 I have not seen stated anywhere with sufficient clarity the fact that the deliberate net result of US government policies is the evisceration of the American middle class which is being systematically wiped out of existence. It isn't only that the rich are becoming richer, but that these Great Transformation policies are predatory in the extreme, deliberately targeting the middle and lower classes who are losing ground at a staggering rate. As mentioned elsewhere, America's middle class lost about half of all its wealth and assets after 2007, and half of that entire middle class had firmly descended into the lower class, a financial and social pit from which there is no likely escape. With the economy still on life support and no recovery in sight after ten years, with only low-wage and part-time jobs being created, the odds of recovery for those tens of millions of families are slim to non-existent.

Ron Unz correctly noted that the entire American middle class now hovers on the brink of insolvency (1), but perhaps oversimplified in blaming the cost of foreign wars. I doubt the wars bear much responsibility here; the middle class safely survived the Vietnam War and dozens of other expensive military adventures. The root cause is the deliberate launching of a class war, the conscious determination to drain and eliminate the middle class as a class. As bizarre as that statement may seem, the facts are everywhere and especially the FED's policies can be interpreted in no other way. Deregulation, corporate tax changes, the massive deindustrialisation and outsourcing, Greenspan's "greater worker insecurity" (2), the financialisation of the economy, were all carefully and deliberately planned as a coordinated effort, the eventual results of which were entirely predictable from the beginning.

In his article on the decline of America (3), Peter van Buren wrote, "What’s happening is both easy enough for a traveler to see and for an economist to measure. Median household income in 2012 was no higher than it had been a quarter-century earlier. Meanwhile, expenses had outpaced inflation. U.S. Census Bureau figures show that the income gap between rich and poor had widened to a more than four-decade record since the 1970s. The 50 million people in poverty remained the highest number since the Census Bureau began collecting that data 53 years ago. The gap between how much total wealth America’s 1% of earners control and what the rest of us have is even wider than even in the years preceding the Great Depression of 1929."

In an especially appropriate comment, he wrote that we can argue over numbers and debate which statistics are most accurate, "or (we can) just drive around America: the trend lines and broad patterns, the shadows of our world of regime change, are sharply, sadly clear." Over the last 40 years, a large majority of American workers have seen their real incomes stagnate or decline.

Ron Unz again: "Meanwhile, the rapid concentration of American wealth continues apace: the richest 1 percent of America’s population now holds as much net wealth as the bottom 90–95 percent, and these trends may even be accelerating. A recent study revealed that during our supposed recovery of the last couple of years, 93 percent of the total increase in national income went to the top 1 percent, with an astonishing 37 percent being captured by just the wealthiest 0.01 percent of the population, 15,000 households in a nation of well over 300 million people."

He added that the wealth of all American households headed by those younger than 35, is now about 70% lower today than it was in 1984. For those who care to know, the British very much followed the Americans down the rabbit hole: In England, the rich are 64% richer today than before the recession, while the poor are 57% poorer.

The statistics become increasingly desperate with each passing year. One writer noted that in 2007, 43% of Americans lived from paycheck to paycheck; in 2008 this figure was already at 49%, and today it is well over 60%. "Not only have food stamps reached an astonishing high of 25% of the population, but more than 35% of American households receive some form of means-tested government help, or what we call welfare payments. As well, bankruptcies skyrocketed after 2007, increasingly catching the retired population in their net. Large numbers of Americans now have no pension plans or other savings and are increasingly postponing their retirements."

In 2013, the AP reported that four out of five Americans face near-poverty and unemployment, survey data indicating that 80% of all Americans are facing "severe economic struggles", and that now more than 50 million are living below the poverty line, a number that is almost certainly underestimated. Many economists and analysts have concluded that the current economic structure guarantees that unemployment "will remain unusually high for the foreseeable future", leading to "an extended period of rising poverty and declining income". The country that boasts of being the world's wealthiest nation and of having the largest number of millionaires and billionaires, also has the largest number of idle and working poor, both categories increasing by the year.

Mr. Romanoff’s writing has been translated into 30 languages and his articles posted on more than 150 foreign-language news and politics websites in more than 30 countries, as well as more than 100 English language platforms. Larry Romanoff is a retired management consultant and businessman. He has held senior executive positions in international consulting firms, and owned an international import-export business. He has been a visiting professor at Shanghai’s Fudan University, presenting case studies in international affairs to senior EMBA classes. Mr. Romanoff lives in Shanghai and is currently writing a series of ten books generally related to China and the West. He is one of the contributing authors to Cynthia McKinney’s new anthology ‘When China Sneezes’.

His full archive can be seen at https://www.moonofshanghai.com/