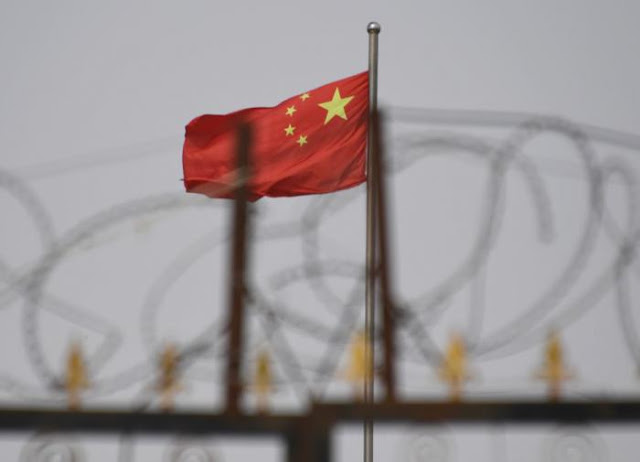 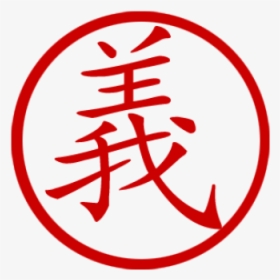 We are today treated by the Western media to 'the fact' of the Chinese justice system having a conviction rate of "at least 99.9%", if not higher, accompanied by harrowing tales of criminals confessing under duress - surely the reason for the apparently high conviction rate.

But once again, not everything is as it seems. Westerners live in an illusionary black and white world framed for them by the programming from their Zionist media and are mostly incapable of escaping their ideological indoctrination. They tend to view virtually everything about other nations and peoples through a series of political-religious ideological lenses that cast a rather severe chromatic aberration on anything seen through those lenses. Certainly this includes the judicial system, leaving Americans and Canadians particularly, unable to comprehend traditions and outlooks very different from their own. I will explain.

One day many years ago, I arrived home from the office to find a window broken in my house. The children had been playing ball in the house - which they knew they weren't supposed to do, and accidentally broke a window.

One of my sons confessed. But what do you suppose my response would have been if he had said, "I refuse to testify on the grounds that I may incriminate myself"? Or, worse, if he had said, "I don't think you can prove I did it, so I plead Not Guilty. Give it your best shot." I am by nature a gentle person, but any kid of mine giving me an answer like that would receive a slap on the head he wouldn't soon forget.

This is what we teach our children. Don't be cowardly if you do something wrong and are caught. Be a man and admit your wrongdoing. Recognise that what you did was wrong, express your regret, and hope for mercy from your father. Whatever else you do, you don't add to your crime by lying about it.

This is precisely the Chinese system. According to millennia of culture and tradition, if you are caught in a crime, you confess, you express your regret, and you throw yourself on the mercy of the court. It helps immensely if your expression of regret is sincere. But if you try to lie your way out of it, if you refuse to admit to your crime and obstruct the investigation, the police will hold you until they eventually acquire the proof they need, after which the courts will show you no mercy.

This is the Chinese system, just as it is at home with our children, where confessing is the only smart move. Westerners cannot understand this, the media repeatedly referring to a "purported confession" or a "possibly coerced confession", unable to fathom a culture where people traditionally confess to crimes when they are caught. Thus the conclusion that any confession in China must have been forced or obtained by torture.

The Western system is very different because it stems from a different culture - or a lack of culture. The existence of the many so-called 'rights' of criminals today is now presented as evidence of the chastity of America's court system, but those rights were introduced because the system was so corrupt it could no longer function. In the West, with the prosecution and court systems as they are, only a fool would confess to a crime because

(1) it eliminates the possibility of a smooth lawyer convincing a judge to exonerate you, and

(2) only in unusual circumstances would "mercy" plays any part in a Western courtroom.

In the West, especially in the black-and-white, authoritarian, English-speaking countries, a guilty plea forecloses the crime investigation, with automatic conviction and punishment mandatory; thus the only hope in the West for a 'fair' hearing is a refusal to confess.

In the same context, the Western media make repeated references to China's conviction rate of 99.9%, suggesting that anyone charged with a crime is automatically sentenced to prison, this being proof that China's judicial system is corrupt. But these claims are based on deliberate misinformation and willful ignorance. First, the Chinese government does not collect statistics on conviction rates for every level of court in every city, town, county and province, so even the authorities in China don't know the overall conviction rate. The number of 99.9% is yet one more statistic fabricated by Western columnists to demean China in the eyes of the world.

For comparison, the equivalent number for conviction rates in the West (at least the US and Canada) is about 60%, the number presented as an indication of 'fairness' or 'justice' in the Western system, but what does that 60% Western conviction rate mean? It means that nearly half of all people in the West who are charged with a crime, were in fact innocent, but needed the expense and trauma of a criminal trial to prove their innocence. Or, if we want to be stubborn, we can argue the other side - that 100% of those charged with a crime were in fact guilty, but that a clever and expensive lawyer let them walk free. Is that better?

The truth is that China's police perform what are probably the most thorough criminal investigations in the world today. The Chinese police will not lay a criminal charge unless and until they are 100% certain the accused is guilty of the crime, and they will take as long as necessary to obtain that evidence. Not only that, they generally make sincere efforts to obtain all the circumstantial evidence surrounding a crime, in order to assist the courts in arriving at the most appropriate conclusion and punishment. This process ensures a conviction rate higher than in the West, not because China's system is corrupt but because it functions as a judicial system should.

In the US especially, but in other Western nations as well, police and prosecutors will lay charges on a whim, on the smallest suspicion of guilt, then leave it to the courts to sort out guilt or innocence. Moreover, it has become increasingly true that police and prosecutors use criminal charges or the threat of them as negotiating tools to force compliance in other areas. American police commonly use criminal charges or threats of them as a tool to intimidate individuals, and the FBI is famous for employing this method to bankrupt political and other dissidents with legal fees.

China does not have the foolish tradition of permitting an accused to plead "not guilty", which is in fact telling the police and the courts "I don't think you can really prove I did it, so I deny everything and dare you to try". That can be done in China too, but punishments are more harsh in this event, as they should be.

And which way is better? Why should the legal system be different from what we do at home in our private lives and which is clearly the right way? In China's system; the guilty party, when caught, is expected by culture and tradition to confess his sins and tell "the whole truth" of his crimes. If he does this, the courts, by all accounts, are almost always much more merciful than when dealing with a criminal who lied to the end, refused to admit his guilt and displayed no remorse. In what way is the American system better, where a plea of 'not guilty' requires extensive and costly courtroom and other processes, and produces delays that often extend to years? And why would anybody be proud of a system where police are careless, slipshod, reckless, and often malicious, laying criminal charges on the flimsiest of evidence and leaving it to the courts to eventually sort out which accused are part of the innocent 40%?

It is the same with the process of plea-bargaining that the Americans are desperately attempting to push onto China as a superior method of dealing with crime. But it is not superior; it is instead an enormous fraud being perpetrated. The problem is that Chinese judges have proven almost impermeable to bribery and Chinese lawyers have not been trained to lie in a courtroom.

So what to do when Americans are charged with crimes in China, as they increasingly are and increasingly will be?

The benefit of plea-bargaining is that it removes judicial decisions and sentencing from the judges and the courts and turns this discretion over to two sets of lawyers on the hopeful theory that lawyers can be bribed more easily than can judges. Again, in this respect the Chinese system is perfect while it is the Western (American) justice system that is so badly flawed. We need think only of the recent events in the US where Jeffrey Epstein avoided 200 years in prison for his international underage sex trafficking ring, accomplished only by removing decisions as to guilt and punishment from the courts and placing it entirely into the hands of lawyers and money, all done without the benefit of sunlight.

Mr. Romanoff's writing has been translated into 32 languages and his articles posted on more than 150 foreign-language news and politics websites in more than 30 countries, as well as more than 100 English language platforms. Larry Romanoff is a retired management consultant and businessman. He has held senior executive positions in international consulting firms, and owned an international import-export business. He has been a visiting professor at Shanghai's Fudan University, presenting case studies in international affairs to senior EMBA classes. Mr. Romanoff lives in Shanghai and is currently writing a series of ten books generally related to China and the West.

He is one of the contributing authors to Cynthia McKinney's new anthology 'When China Sneezes'.