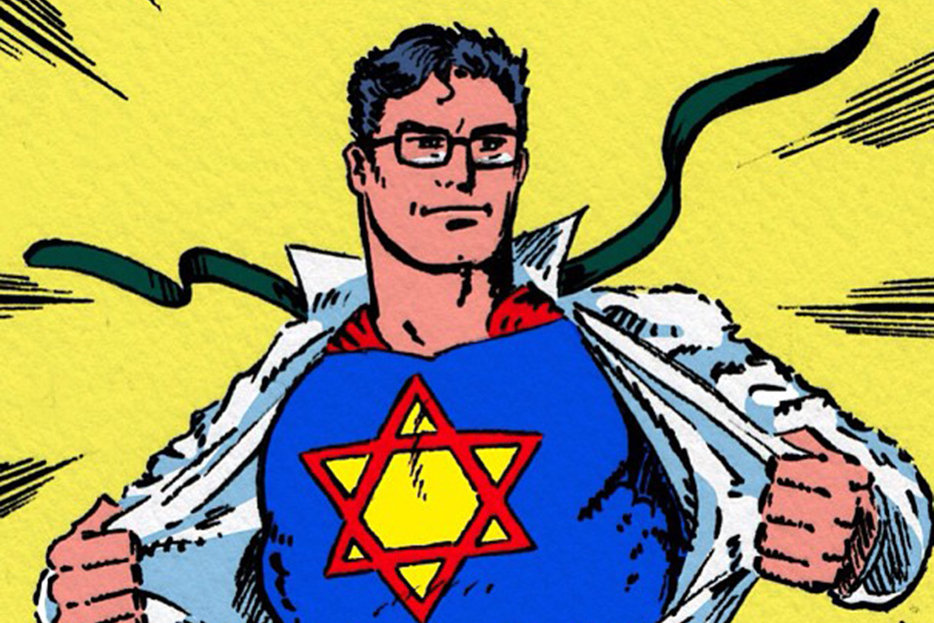 Two things. One, they are Jewish. Two, they condensed from a spiritual mist to almost suddenly become household names, men of immense wealth whose companies exert huge influence on Western society - but men who apparently achieved these enviable heights without the usual necessities of intelligence, education, experience or native talent or, for the most part, good judgment. Have you ever wondered how these men quietly rose to such eminence in spite of their lack of credentials? Let's see what we know to be true.

Let's begin with Jeffrey Epstein, who is perhaps more representative of this group than you might imagine. Epstein's credentials consist of his being a psychopath, sociopath, and oversexed pedophile with a bit of charm. Little else. By all accounts, Epstein had never held a real job because he was unqualified for any. He did at one point hold a teaching position - for which he possessed no qualifications whatever, but that seems to be the list. Yet he progressed from that to being a quasi-billionaire director of one of the greatest sexual-entrapment schemes in the history of the world, replete with private aircraft, very expensive mansions, a private "pedophile island" in the Caribbean and much more. A man who kept company with the world's rich and famous (and especially British royalty), to whom he treated with his underage treasures.

How did such a thing happen? Epstein promulgated a myth that he was an investment manager, accepting clients with available cash of a minimum of one billion dollars. It was a good story, but there is no evidence - no evidence - that Epstein ever made a stock trade. As one market expert said with perfect understatement, "It's unusual for an animal that big to not leave footprints in the snow". And Epstein left no footprints. In fact, there was no plausible source of his apparent wealth, no source of income to support his "Lolita Express" flying underage girls all over the world to entrap politicians and royalty from most Western nations, nor to support the immense expense of his mansions and the construction of his pedophile island in the Caribbean.

The public naturally became curious about Epstein's funding sources and, right on cue, the NYT and WSJ informed us that Les Wexner (also Jewish), the principal of Victoria's Secret, had been defrauded by Epstein to the extent of $400 or $500 million dollars. So now we know the source of his money. Jeffrey was not only a pedophile running a massive sexual entrapment enterprise, but was also a con-man and thief. Interestingly, Victoria's Secret seems to not have been harmed financially by this massive loss, its revenues and profits continuing happily. And how did Wexner deal with this enormous fraud? Apparently by simply ignoring it. Many people have filed lawsuits against Epstein's estate to obtain compensation for damages, but Wexner doesn't appear to be one of them. We can legitimately wonder why not.

How to explain all of this? As in all the examples we will study, easier than you might imagine. Jeffrey Epstein did indeed have a job, that of creating and managing the most far-reaching sexual entrapment scheme in history. He was recruited for that job because he possessed all the natural qualifications as listed above. The persons who recruited him were the same group of Jewish European bankers and industrialists - our International Cabal of Gangsters (ICG), and they financed him to the tune of at least several hundred millions of dollars, a pittance when compared to the rewards to be vacuumed from captive politicians.

Epstein was simply a 'front man' doing the bidding of his masters who, as always, hide in the shadows and cannot easily be connected to the execution of their plans. The job paid well. Epstein enjoyed the life of a billionaire and all its trappings, enormous perquisites for performing a service of almost infinite value to his masters.

This one reads like a fairy tale: two young Jewish kids, raised in Russia, polluted with Communism and a corrupted form of democracy, unthinking robots of a dictatorial state, emigrated to the US and, in only six weeks more or less, created a behemoth corporation with a market value of nearly $2 trillion and with a search engine that provides 80% of all internet searches worldwide. Either the Jews really are God's Chosen People, or there is something very wrong with this story.

In fact, Page and Brin were 'front men' in a way similar to Jeffrey Epstein, but with far less influence on execution. All you need to do is think. Before the appearance of Google, we had multiple search engines each with its own algorithms and all useful. But a search engine contains enormous potential for the control of information. By amending the algorithm, I can decide which items or articles appear on a search and which are consigned to the dustbin. I can literally control the information you see, and I can ensure there is much that you will never see. I can make all the negative articles about China or Russia appear in the first page of a search, and I can ensure you will never see information about the Jewish atrocities in Palestine. My search engine has the power to almost single-handedly control the available information for the great majority of populations. And thus the attraction.

But in fact, Google was a child of the CIA, funded, planned and financed initially through In-Q-tel, a brainchild of our European Jewish ICG always searching for more and total information control. Eric Schmidt was mostly in charge from the outset; our two students being irrelevant. Again, all we need to do is think. How could two young kids create a search engine - entirely on their own - that would be so perfect, so efficient, as to virtually exterminate all competition in a short time while milking billions from advertisers.

Like Jeffrey Epstein, Larry Page and Sergei Brin were hired for a job, in this case to serve as the front men for a massive (and so far very successful) effort at total information control. They are held up publicly as the stars, are gratuitously made very wealthy, all as part of the plan to disguise the purpose and intent.

Once again, how does a young Jewish kid steal a group networking idea from his friends and, again within six weeks more or less, create a world-leading communication platform? The power behind Facebook that propelled it to its present position, did not come from him. As with Google, Twitter, and other such platforms, an enormous amount of knowledge, influence and financing are necessary for such a result, far beyond the capacity of any one person.

As with the others, Zuckerberg is merely a figurehead, a 'front man', deflecting attention from the originators of the project. He was offered a job with excellent pay, the opportunity to appear very wealthy, to further the impression of Jews being geniuses, but has done nothing of import or consequence. All this was financed and stage-managed behind the scenes by his masters, Zuckerberg merely along for the ride. But it works; this little shit is so heavily promoted that he rated a personal audience with Xi Jinping. Confucius must be screaming in his grave.

If Google was a fairy tale, Tesla motors is a Cinderella delusion. Looking through the man's record - and blowing away all the smoke - Musk went from sleeping in his car and eating leaves from trees to (again within six weeks more or less) being the CEO of "the world's most valuable car company" and sending spacecraft to the moon. How do you suppose that happened?

Almost everyone in the last century attempting to design and market a new brand of automobile has failed miserably. Except for China and Russia, everyone - most especially including the USA and NASA - has failed in space missions or haven't the money to do it. But along comes Elon Musk who can do all of these and more. Tesla's aim is to sell more electric cars than all other manufacturers combined, and to become America's default space agency.

There is no evidence that Musk has any executive or management abilities of consequence; his staff hate him, his Board of Directors despises him, the SEC (U.S. Securities and Exchange Commission) believe he is a menace, and shareholders panic at his presence. The available information states freely that Musk plays no active part in the management of Tesla, nor in anything to do with outer space. I do not deny that the man may have some abilities; I claim only that they are not yet evident. Why is he there, with his apparent $200 billion bank account? As with all the others, Elon Musk is a figurehead, a 'front', someone hired for a job with great pay, much publicity, and perfect obedience.

By one measure, Soros is unique among the subjects of this essay since there exists a huge international movement to have him burned at the stake as a witch. Other than this, nothing separates him from the other members of this clan. One need speak to Soros for only a few minutes to realise he hasn't the knowledge to "bankrupt the Bank of England" or perform the other financial crimes attributed to him. Once again, Soros was hired for a job with good pay, lots of publicity, and a totally undeserved reputation for ability. Once again, a front man, given an opportunity to accumulate wealth which is then used to further the agenda of the ICG, primarily by funding seditious organisations all around the world, helping to destroy nations and economies according to the current agenda.

I do not know the selection process for people such as these. Perhaps they simply come to the attention of the right persons at the right time. Perhaps their mothers are mistresses of various members of the ICG and can give their offspring an unfair advantage. I see no pattern in the selection, which means the process is ad hoc and perhaps capricious, but it exists nonetheless. There is no other explanation, because these current heroes are typically mediocre at best, none exhibiting management ability beyond that of a 7-11, and none being exceptional in any identifiable way. Yet they appear from nowhere and are instantly propelled to galactic stardom, and that occurs only when a very wealthy and experienced puppet-master is pulling the strings.