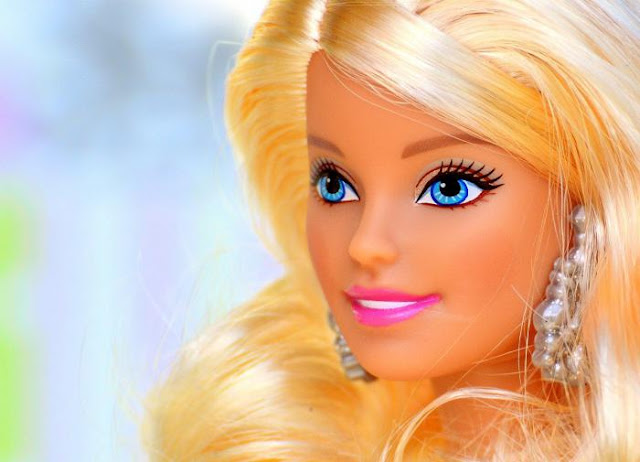 The non-Western world needs a few successes in rejecting American "values", beginning with some American icons. 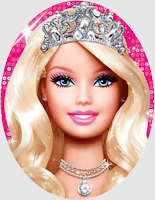 The first of these is to note that Mattel's Barbie is dead, at least in China. “After two years of living in her 4,000 square meter, six-story Shanghai mansion, Mattel’s Barbie doll is moving out.” The dream house has officially closed and, according to analysts, it’s because Barbie didn’t quite cut it with Chinese shoppers in the big city. Mattel spent hugely to open that flagship store that has now closed its doors. And good riddance. People say that the Chinese like to save face, but listen to Mattel: The hugely-expensive Shanghai Barbie store was "meant only to establish Barbie’s brand in China. It did that successfully, so it's time to move on." Right. 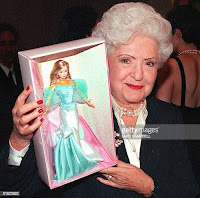 For those of you who don't know, Barbie was never intended for children. Barbie was a sex toy named 'Lilli' that was designed in Switzerland in the 1950s and was popular primarily with perverted single men in Europe. At the time, a Jewish woman named Ruth Handler, who with her husband, owned the then-small company named Mattel toys, was on holiday in Germany and apparently fell in love with this doll, brought it to the US and began marketing it as a "more mature" toy for little girls "exploring womanhood".


Most mothers were either disturbed or horrified by this, especially since Barbie's "mature" body was essentially "borderline pornographic" and was seen as a serious danger and "potentially damaging to young girls' psyches". That view is still held very strongly by millions of mothers all over the world who have banned this doll from their homes.

But Handler, like all Jewish marketers, brought in psychiatrists to learn how to change the values of American mothers in order to market this doll. The advice was to instruct mothers to consider Barbie as "a tool for teaching their daughters about the importance of appearance and femininity." And the importance of promiscuous sex as a way of life. Just what every 3 year-old girl needed to help her grow up into a wholesome young woman - a plastic doll with big breasts and a sports car. I have always hated that doll.

Swarovski is another hugely successful lipstick-on-a-pig branding exercise, a Jewish-European firm that began life as a small company making cheap costume jewelry. Interestingly, they then used their accumulated knowledge of glass to make excellent optics for binoculars and telescopes. In the 1970s and 1980s, Swarovski binoculars were widely recognised for their high quality. The imagining and marketing of their "crystal" costume jewelry is a relatively recent development.

In the real world of gemstones, "crystal" refers to natural quartz, a common mineral that naturally grows in crystalline shapes and, like many natural stones, produces some truly beautiful colors. In natural crystal, the atoms are arranged in a highly-ordered structure, forming a crystal lattice that we see in diamonds, sapphires and snowflakes. Most other elements have no structure at all, items like melted wax or plastic - or glass.

Swarovski "crystals", on the other hand, are not "crystal", they are not natural, they are not stone, they are not "pearls", and they are certainly not "gemstones". Swarovski's so-called crystals are glass. Plain, ordinary, cheap, glass.

Normal glass has a low index of refraction but some glass has about 32% lead metal (Pb) added to it, which makes it heavy and gives the glass a high refractive index so that it disperses colors well and produces a pretty kind of 'rainbow' effect. Manufacturers often call this "glass crystal" or just "crystal", but it is only glass, and is used primarily for cheap costume jewelry and some kinds of glassware, the weight suggesting quality and the light refraction producing colorful appeal.

The irritating fad surrounding Swarovski and their mythical crystals is nothing more than clever marketing, with people paying ridiculous sums of money for grossly overpriced and fragile costume jewelry made of cheap glass. For the prices paid for many of Swarovski's products, one can easily purchase genuine semi-precious stones.

Swarovski company advertising tells us, "The company's name has become synonymous with genuine crystal." Yes, and that's the problem, because Swarovski have so heavily advertised their glass costume jewelry as 'crystal', leading most people to believe they are purchasing some kind of natural, genuine gemstone. But all they are getting, is glass. The designs may be pretty, but it's still just cheap, ordinary glass. 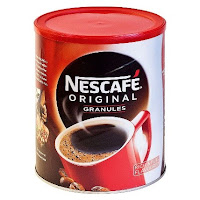 And last, but not least, people everywhere need to know that Nescafé is not coffee. It is nothing. Less than nothing. Nescafé is 'instant coffee', which is a chemically freeze-dried concoction designed for Americans and others who have no taste. These products are almost always made from the lowest-grade and cheapest coffee available (and often including everything from chicory to dried peas) and, like Starbucks, infused with chemicals and flavorings to disguise their bad taste. In a stunning tribute to the power of marketing, Nescafé in China or Russia sometimes costs ten times the price of that in Western supermarkets.

It's a particular tragedy to me that anyone in China might have developed a taste for this awful stuff. At Chinese New Year, I see people on the streets carrying gift boxes of Nescafé. I can hardly think of a greater insult. In the West, instant coffee is a cheap and undesirable commodity that has about the same social status as a box of tissues or a can of bug spray, nothing that even the mentally defective would offer as a gift. For my friends in China and Russia, either introduce your friends to real coffee, or buy something else.

And, just so you know, the Nescafé brand is owned by Nestlé, the same people who bring you grossly-overpriced Häagen-Dazs ice cream and millions of dead babies in Africa.

This article appeared first at Pravda