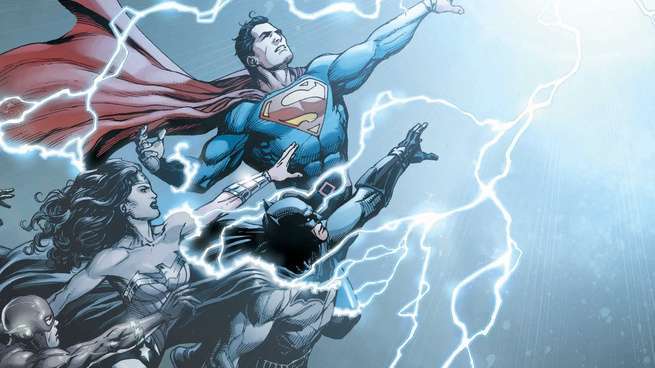 In June of 2014, the National Post carried an article by Ira Wells, titled 'America through the lens of its superheroes', which presented some insightful observations on the American fascination not only with its superheroes but with their serial resurrections, the proliferation and domination of what Wells called "the origin story", a repeat of the discovery of Superman or the maiden voyage of the Enterprise. He said this wasn't just an ingenious marketing device for Hollywood studios but represented something much deeper in the cultural mind of Americans, noting that these archetypical American superheroes are people without a past, not circumscribed by what has come before. He then stated that there is "an unquenchable thirst, a kind of inbuilt narrative desire in America to go back to the origins of things, to punch history’s reset button, reboot our lives and start again." He asked whether Americans essentially lived "outside of history", like their superheroes, not circumscribed by what has come before, being people without a past. He then noted that America’s own "origin story" seemed to be in a constant state of regeneration, with a new beginning always on the horizon, and he ended with the notion that the American imagination seemed almost supernaturally well-suited to this re-booting of society and of historical memory, noting importantly that the launching of the new history was intimately linked to the repression of old histories.

It wasn't clear from the article if Wells appreciated the depth of his own perception, and I found myself wishing he had developed his theme a bit further. He was of course correct in the notion that Americans have been living 'outside of history'. That is precisely where they have been, their lack of a unifying history and culture being an insurmountable impediment to their progress as a people, their only adhesion coming from their mythical political religion. But America, and Americans, still fail and still have existential crises, in spite of their almost superhero powers. And whenever America appears again to be failing as a nation, as it has been especially since 2008, we have another flood of resurrected superheroes which represents precisely Americans "punching history’s reset button and starting again". The economy has collapsed, democracy has failed everyone except the Jewish lobby and the top 1%, the American Dream is dead and the future looks hopeless. But then suddenly Superman is reborn, and America can re-boot and start over.

In an earlier article I wrote that whenever pressure is placed on Americans by unpleasant truths knocking on their doors, they employ the standard tools of denial, rationalisation and self-adoration, after which they just re-boot the system, clearing the data from all open files and erasing the (historical) memory. Then we re-start as if nothing untoward had ever happened. This is where America is today. The economic, authoritarian, judicial and political environments have created an existential crisis for which Americans have no powers to repel or even guide. It is increasingly apparent to them that the fundamentals on which their emotional well-being has been predicated, have been increasingly trashed by their own government, and their ability to 'feel good to be an American' rapidly disappearing in consequence. And of all the possible responses available to them, Americans turn desperately to juvenile Hollywood imagery and replenish their emotional emptiness by flocking to the cinema to celebrate the rebirth of Superman, vicariously celebrating their own imaginary rebirth through a cartoon character. While this imagery might be appropriate for eight-year-old children, it is a bit ridiculous when adopted by adults, but this seems to be an accurate indication of the American mentality, the result of a century of mass manipulation and programming.

Such is the power of the sympathetic imagery created by Lippman and Bernays, arousing emotional experiences even more fake than those at Starbucks - and of much more human consequence. We can recollect Neal Gabler's observations that the Jews of Hollywood created a shadow America, with a cluster of images and ideas so powerful that they colonized the American imagination, and that, ultimately, American values came to be defined largely by the movies the Jews made. The rebirth of Superman and the rebooting of America constitute one of those values.

His full archive can be seen at: