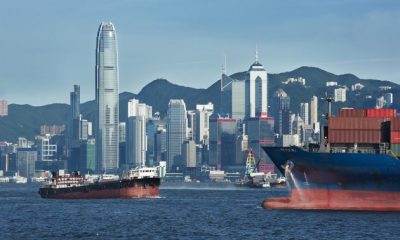 The recent history of Hong Kong doesn’t begin where most Westerners might imagine. It began with the Rothschild’s British East India Company that existed from the early 1700s to nearly 1900, when Rothschild conceived the idea of inflicting opium onto China. The plans had been well-made, with approval from the top. Rothschild had the franchise for growing the opium and David Sassoon received from Queen Victoria herself, the exclusive franchise for distributing the drug in China.
The reason Hong Kong was seized by England, on orders of Queen Victoria, was that Sassoon needed a logistics, warehousing, and distribution base for his opium operations. Similarly, the founding of HSBC, an event requiring permission of the monarch, was for the handling and laundering of Sassoon’s drug money, an expertise in which the bank still specialises today. The standard narrative tells us the HSBC was founded by Scotsman Sir Thomas Sutherland, who wanted a bank operating on “sound Scottish banking principles”, but that’s historical Photoshopping. I don’t know who Sutherland was, but, if he existed at all, he quickly disappeared and his name appears nowhere in a list of directors, executives or officers. The HSBC was never a British or Scottish bank, and it never was and certainly is not now a “Chinese bank”. It was always a Jewish bank and David Sassoon was the Chairman of the Board from its founding. I have copies of the original documents. 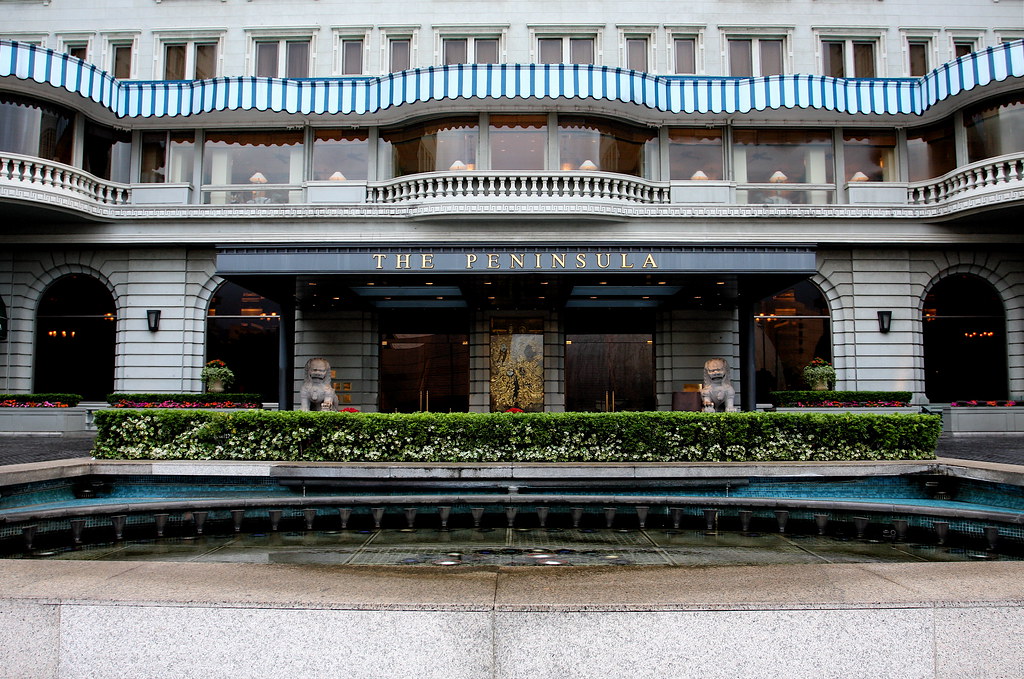 Most everything in Hong Kong today has its origin in opium trafficking, in one way or another. Even the famous Peninsula Hotel is owned by the Kadoorie family, one of the famous five families involved in China’s opium trade. And thus began China’s “century of humiliation” and the origins of modern Hong Kong. I now want to digress for a moment to make an important point.
The Americans’ first major attempt at colonisation was with their invasion of the Philippines, after which they forced their language onto that nation and immediately followed with a carefully-chosen selection of false American history, literature and propaganda. They spent decades and countless millions of hours in determining the best way to propagandise an entire nation of people to forget their own past, venerate their present colonial status, and learn to worship the Americans. The same Americans then destroyed and rewrote all Philippine domestic history books to erase from consciousness that nation’s heroes, traditions, cultures, and hopes of freedom from American imperialism. They tried to colonise the souls of the Philippine people, and failed, leaving the country today with almost no culture or traditions, no domestic products (which are a crucial part of a nation’s culture), and having lost all sense of a civilisation.
It is painful to read American commentary on the Philippines today, virtually classifying that nation as a failed state, identifying the lack of progress and apparent absence of social cohesion, and blaming the nation’s culture for these failings. It must surely be obvious to thinking people somewhere that a nation’s culture cannot be over-written without permanently damaging the national psyche in ways that perhaps can never be repaired. As an indication of the deep roots and subtle values embedded in a nation’s culture, it is an axiom that Englishmen claim to be only beginning to understand their French wives after 25 years of marriage. To attempt to forcibly over-write an Italian culture with a German one, or the Chinese with American, would leave a national psyche that is a schizophrenic social mess that might never fix itself. The people would survive, but nothing would be natural or normal to them. In simple terms, they wouldn’t know which way was up, and eventually society would cease to function normally. And yet this is what the Americans so deliberately and unconscionably do to other nations, driven by greed and by their infernal moral superiority fueling their lust for domination. Even worse, the real tragedy is that the Americans have no culture. They attempt to forcibly replace a real cultural heritage of a real nation with a fictional utopian concoction that is entirely fake, superficial and hypocritical, with so-called ‘values’ that the Americans themselves totally ignore in practice. The British did the same with India, which is why we have the schizophrenic mess in that country, Indians not now knowing if they are West or East. Japan avoided this because it remained Japanese and not “American”, as was true for Korea and is true for China today.
From a review of Ethan Watters‘ book, ‘Crazy like us: the globalisation of the American psyche’:

“The most devastating consequence of the spread of American culture across the globe has not been our golden arches or our bomb craters, but our bulldozing of the human psyche itself … In teaching the rest of the world to think like us, we have been homogenizing the way the world goes mad.”

And in his long tome Tragedy and Hope, Carroll Quigley wrote:

“The destructive impact of Western Civilisation upon so many other societies rests on its ability to demoralise their ideological and spiritual culture as much as its ability to destroy them in a material sense with firearms. The Americans specialise in doing both. When one society is destroyed by the impact of another society, the people are left in a debris of cultural elements derived from their own shattered culture as well as from the invading culture. These elements generally provide the instruments for fulfilling the material needs of these people, but they cannot be organised into a functioning society because of the lack of an ideology and spiritual cohesive. Such people either perish or are incorporated as individuals and small groups into some other culture, whose ideology they adopt …”.

Quigley should have more clearly stated that in this process, society itself is destroyed, with no possibility of resurrection.
The British did to the Chinese in Hong Kong precisely as the Americans did to the Philippines: they attempted to colonise the souls of the people, and failed. The major factor underlying many of Hong Kong’s problems and symptoms today, most especially the social and political elements, was this century-long program of cultural genocide that left in its wake a schizophrenic emotional angst, which the US government is today milking for everything it’s worth. The British followed the American path, first forcing the change in national language, then doing their best to force the population of Hong Kong to forget their own past, venerate their colonial status, and learn to worship the British Empire. Few people, and no young people, in Hong Kong today have any knowledge of this part of their history because the British did what the Americans did – they burnt all the history books and re-wrote Hong Kong’s history in an attempt to erase their own sordid past from the consciousness of Hong Kong’s people.
It is heart-breaking to look at Hong Kong today, to see both the cause and the effects, and the existentialist dread that infects that city, the uncertainty, anxiety and fear manifesting itself in American-incited and financed puerile political demonstrations, racism and even hatred of the Mainland Chinese – hatred of their own people, of themselves – the schizophrenic overflow from a century of mostly-failed psychic re-programming. For the sake of cheap political gain, Hong Kong as a whole is being terrorised by the Americans to abandon its own civilisation and national identity and to adopt reprehensibly false American values. The Hongkongnese today have neither awareness nor understanding of what is happening to them while they are being pushed to make choices that will in the end tear them apart emotionally, all to give the Americans a platform from which they can stab at China from underneath.
We can now fast-forward to 1967, the year of Hong Kong’s civil war, though no one wants to call it that, most references reducing it to an “uprising” with the blame levied on Mainland China. It was no such thing. The so-called uprising was a direct result of the cruelty, the oppression, and the savage cultural destruction of the Chinese people. It was the pent-up outrage of a century of humiliation and cultural assault that exploded into an eight-month war that left Hong Kong uncontrollable and with Chinese troops massed at the border to prevent an overflow into the Mainland. Today most people in Hong Kong believe their civil war was merely a ‘disturbance’ created by ‘leftists’ from Mainland China, one of the many lies they’ve been told about their own history.
Prior to 1967, no Chinese in Hong Kong were permitted to attend school, education being for the foreigners and the elite few. Much more, local Chinese, virtually all forcibly in the lower class, were truly treated with contempt. There are many elderly Chinese in Hong Kong today who can tell you of being approached by small white children, being spat upon and called a “dirty yellow dog”. Local Chinese were treated with contempt not only by the British and other foreigners, but by those same few elite Chinese. One of these was Li Ka-Shing, today feted as “Papa Li” and Hong Kong’s richest man. According to documented reports, in 1967 Li approached the workers in his plastic flower factory to inform them their wages would be reduced by 20%, their hours increased by 20%, and various other oppressive maneuvers. According to my documents, Li repeated the maneuver in another factory he owned at the time, these in a circumstance where workers were already expected to work 12 to 14 hours a day without a break. These events were the proverbial straw that broke the camel’s back. Workers refusing to accept the new rules were fired, police arresting many workers refusing to permit goods to leave the factories, these events erupting into violent riots that soon engulfed the entire city and resulted in a civil war. This was not all Li’s fault by any means; his actions were merely the detonator but he was nevertheless one part of a huge seething social problem.
Hong Kong: Can Two Million Marchers Be Wrong?
Thus, in addition to the forces of cultural disintegration, most of Hong Kong experienced severe economic and labor oppression, producing economic and social unrest that eventually erupted into violent political demonstrations. Factories were burned, police stations bombed, there were widespread transportation and other strikes, street demonstrations and rioting. Buses were torched and government offices were looted and buildings burnt. The colonial government fired thousands of local Chinese staff for participating in the demonstrations. The police forced their way into a union office, arresting many and killing others, leading to more retaliatory violence. The government and foreign media launched a massive media campaign blaming Mainland China for the unrest.
The 1967 civil war was widely seen as a watershed in Hong Kong’s history, which forced the colonial government to introduce sweeping social reforms, especially on education and social welfare, the Governor finally admitting there was “much needed to be done in Hong Kong”, and later the British Colonial Secretary conceding that “there would never have been any reform” without the civil war against the foreigners and the Hong Kong elite. The insurrection forced the British colonial administration to provide – for the first time – the opportunity for nine years of school education for local Chinese, and amended the labor law to reduce the maximum working hours for women and children to (only) 57 hours per week. It should be noted the reforms did not include political items; there was never any “democracy” for the Chinese in Hong Kong, nor had the British ever contemplated such.
Fast-Forward to 2019
Hong Kong today has two major problems: 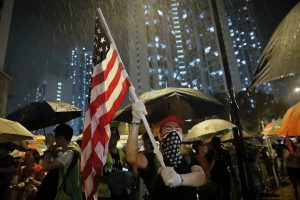