Why Is the US Apparently Not Testing for the COVID-19 Coronavirus? March 06, 2020

"Testing for coronavirus is not available yet in New York City." 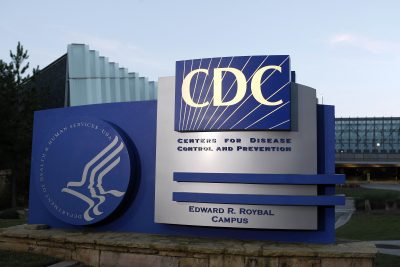 All reports are that the US Centers for Disease Control (CDC) is not testing for the new coronavirus COVID-19, and that reliable tests in any case do not exist in the US. This is an area bereft of rational explanation.
The US may have many thousands of coronavirus infections, but no one knows because the CDC are not testing for them.
The CDC produced a series of test kits that produced wildly random results, positive or negative, followed by instructions to discard the test kits as unreliable. (1) Several U.S. states said the new coronavirus test kits did not work, while others said they were totally unreliable. (2) New York City reported the government-issued tests are faulty and “cannot be relied upon to provide an accurate result”. Those faulty kits were also shipped all over the world, but to my knowledge the CDC have relayed that information to no one outside the US.
Further, American hospitals have been discharging infected patients on the basis of these faulty tests, the CDC explaining that there have been many situations where test results alternate between negative and positive on the same patients. (3)
One US media source said California had only 200 proper testing kits in the entire state, and very few anywhere in the country, but I could find no evidence the CDC is preparing new test kits, apparently doing nothing. It seems the reason the CDC can claim no COVID-19 infections is because they are not testing, and are unable in any case to perform reliable tests. It might be amusing to mock the US for being unable to produce a reliable test, but the Americans are not incompetent, which unfortunately raises many questions.
It seems bizarre that while the CDC could quickly develop and apply reliable tests nationwide, they apparently prefer to not do that, at a time when California and other states have already declared an emergency, and the White House canceled flights to China and requested $2 billion in virus funding.
According to media reports, the US has done only around 450 tests while even much smaller nations have tested many tens of thousands. (4) Even more surprising is that the CDC is apparently refusing to test for COVID-19 infections. The first such US infection from unknown sources wasn’t tested until after the patient had been on a ventilator in the ICU for nearly one week. The hospital claimed they “were unable to get her tested for five days, claiming the CDC refused to test victims who had not traveled to outbreak-hit regions”. It appears The CDC simply refused to administer a test even though the patient was in critical condition. (5)
In the meantime, a Chinese firm has put into mass production a highly-accurate test for COVID-19 that has received the highest level of European certification and that is now being marketed worldwide. China’s genomics sequencing company BGI has received international recognition and vast orders for its detection kits for the novel coronavirus. It has already shipped many hundreds of thousands to more than 25 countries and is in the order process with another 25 nations. For one, if the CDC wanted reliable tests, they could simply order from China. (6)
The CDC estimates that this flu season has seen at least 29 million illnesses, 280,000 hospitalisations and 16,000 deaths (16), but Japan and Taiwan both stated that American coronavirus deaths (potentially in the thousands) are being buried in untested infections, and in fatalities blamed on the seasonal flu. If those deaths were tested, the results are not being made public. (7) (8)
Chinese news website Huanqiu (9) related one case in the US where a woman’s relative was told by physicians he died of the flu, but where the death certificate listed the coronavirus as the cause of death. On February 26, ABC News affiliate KJCT8 News Network reported that a woman recently told the media that her sister died on from coronavirus infection. Montrose, Colorado resident Almeta Stone said,

“They (the medical staff) kept us informed that it was the flu, and when I got the death certificate, there was a coronavirus in the cause of death.” (10)

We cannot ascertain the number of such cases in the US but since the CDC apparently has no reliable test kits and is conducting little or no testing for the virus, there may be others. As I stated in an earlier article (11), virologists from Japan and Taiwan both came to the conclusion that this might indicate the coronavirus had already spread in the US but where the symptoms were being officially attributed to other diseases, and thus possibly masked.
The following was reported in detail in prominent Chinese media, who don’t normally publish anything speculative. An American, Dr. Paul Cottrell says he was sent a copy of a message between an employee of the US CDC and a listener to his channel.
COVID-19 Marketing in the USA: Misinformation, Incompetence and Buffoonery
According to the CDC official webpage, the number of total confirmed coronavirus cases in the US was 35 at the time (February 21, 2020), but the message copied to Cottrell read

“There have already been over 1,000 cases in the US, although on the news, they are just keeping things quiet for now and reporting far less to the public.”

In the message, the alleged CDC source stated the “CDC suspects cases in over 32 states at this point”. Cottrell says he has been unable so far to obtain confirmation from the CDC of the message or its contents, but no denials either. Cottrell is a Ph.D, has completed pre-med studies and is currently enrolled in a Biology Master’s program at Harvard. (12)
Further, a senior official at the Department of Health and Human Services (HHS) is now seeking federal protection from attempts to silence him after alleging that the US government was not taking adequate precautions against the COVID-19 outbreak. The complaint alleged that federal health employees were “improperly deployed” to assist the quarantined Americans evacuated from Wuhan, China, and were “not properly trained or equipped to operate in a public health emergency situation”, according to a Washington Post report and portions of the complaint filing obtained by other media. (13)
There is another very curious part of this apparent puzzle. In August of 2019, the CDC completely shut down the US Military bio-weapons lab at Fort Detrick (USAMRIID) for “bio-safety hazards”. They issued a cease-and-desist order and all research was ordered to be immediately suspended until further notice but, interestingly, the US media took almost no note of this event. One would imagine that in light of such a drastic measure, rampant testing would be obligatory, but in this case apparently not. Yet Taiwan media reported COVID-19 infections of Taiwanese residents originating from the US (Hawaii) in September of 2019. The World Military Games were held in Wuhan during the last two weeks of October. (14) (15) (16)
It may be worth mentioning that this wasn’t the first time such concerns have arisen. Between 2005 and 2012, the latest date for which I have accurate figures, the US CDC received 1,059 “release reports” – an average of an incident every few days involving “theft, loss, release causing an occupational exposure, or release outside of primary biocontainment barriers” of dangerous pathogens. The NYT and Western media pilloried China for several small leaks of a virus ten years ago, but the Americans have had 1,057 more serious releases than did China during the same period, many of these involving deadly pathogens. (17) (18) (19) (20) (21) (22)
*
Note to readers: please click the share buttons above or below. Forward this article to your email lists. Crosspost on your blog site, internet forums. etc.
Larry Romanoff is a retired management consultant and businessman. He has held senior executive positions in international consulting firms, and owned an international import-export business. He has been a visiting professor at Shanghai’s Fudan University, presenting case studies in international affairs to senior EMBA classes. Mr. Romanoff lives in Shanghai and is currently writing a series of ten books generally related to China and the West. He can be contacted at: 2186604556@qq.com. He is a frequent contributor to Global Research.
Notes
(1) https://www.independent.co.uk/news/world/americas/coronavirus-tests-new-york-us-cases-kits-trump-cdc-results-a9365921.html
(2) https://www.reuters.com/article/us-china-health-usa-idUSKBN2062HT
(3) https://www.shine.cn/news/world/2003023225/
(4) https://www.washingtonpost.com/health/2020/02/25/cdc-coronavirus-test/
(5) https://www.shine.cn/news/world/2002283012/
(6) https://www.chinadailyhk.com/article/123275
(7) https://www.thedailybeast.com/coronavirus-testing-in-the-us-is-somehow-looking-worse-by-the-day
(8) https://www.cdc.gov/flu/weekly/index.htm
(9) https://www.huanqiu.com/
(10) https://www.shine.cn/news/world/2003023225/
(11) https://www.globalresearch.ca/china-coronavirus-shocking-update/5705196
(12) http://en.people.cn/n3/2020/0224/c90000-9661463.html
(13) http://en.people.cn/n3/2020/0228/c90000-9663208.html
(14) https://www.medicaldaily.com/cdc-shuts-down-militarys-deadly-diseases-lab-over-safety-concerns-440475
(15) https://cbrn.dfns.net/2019/08/07/cdc-shuts-down-usamriid-lab/
(16) https://www.nytimes.com/2019/08/05/health/germs-fort-detrick-biohazard.html
(17) https://www.scientificamerican.com/article/cdc-botched-handling-of-deadly-flu-virus/
(18) https://www.ncbi.nlm.nih.gov/books/NBK285575/
(19) http://www.documentcloud.org/documents/2842494-CDC-2008-Autoclave-Potential-Exposure-Incident.html
(20) https://www.cdc.gov/media/releases/2014/p0711-lab-safety.html
(21) https://www.usatoday.com/story/news/2016/06/02/newly-disclosed-cdc-lab-incidents-fuel-concerns-safety-transparency/84978860/
(22) http://www.documentcloud.org/documents/2842405-CDC-Email-13May2011-Re-Tech-Leaving-Lab-Without.html
The original source of this article is Global Research
Copyright © Larry Romanoff, Global Research, 2020
By MICAS - May 01, 2020