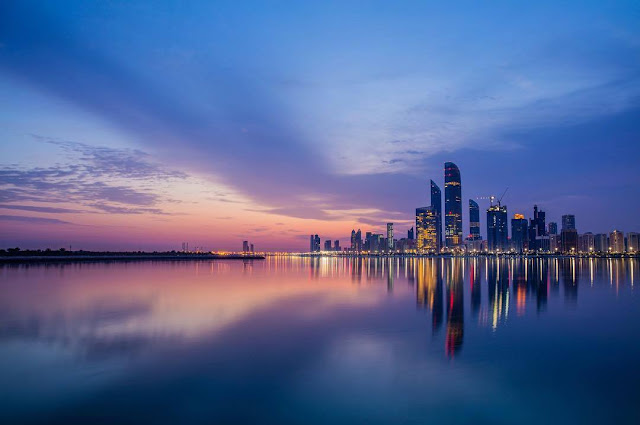 There are occasions where the Americans want to publish a list that demonstrates their innate moral superiority over the rest of the world, but they hesitate because the lies are too large even for them and would expose them to unlimited ridicule.

In such instances, they have a friend do their work for them, depending on a highly-regarded third-party reference in an attempt to make the hypocrisy more palatable. On this occasion, they enlisted the services of the Economist Magazine’s so-called “Intelligence Unit” to produce a list of the world’s safest cities. The results should surprise even you, with places like Chicago, Washington, New York and Los Angeles placing right up there near the top. (1)

The methodology was innovative to say the least. To most of us a safe city is one where we are safe; that means personal safety, with little or no likelihood of experiencing the normal events of daily life in America which would include being mugged, killed, raped, stabbed, framed by the FBI, or shot dead by the police.

But American cities cannot compete on these metrics so, with the help of their friends in the UK, designed new metrics in four categories, namely digital security, health security, infrastructure safety, and personal safety, each allotted 25% of the total ranking. So now getting shot by the police in New York or stabbed by one of the 400,000 muggers in Chicago or Washington assumes equal importance with losing your credit card or tripping on the sidewalk. Let’s take a quick look. 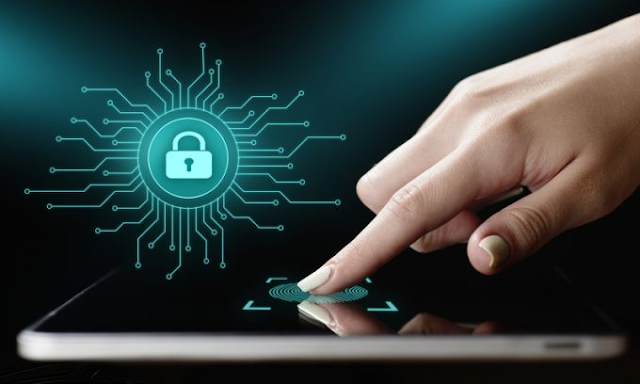 Digital security related to a city’s “cyber security teams”, whatever that means, probably the extent to which the NSA is recording everything you say, and, interestingly, the “frequency of identity theft”. By the way, did you know that London has one CCTV camera for every six citizens, and that the US is quickly heading in the same direction? Health Security was based upon things like the number of hospital beds, a nation’s life expectancy, and the incidence of cancers. Then we had Infrastructure Safety, based on things like the quality of its roads, bridges and dams, and the “number of deaths from natural disasters”. And lastly, we had Personal Safety, based on some kinds of reported crimes.

So how would American cities, especially those four listed above, possibly appear near the top of any list of safe places to be on earth? The US would likely top the list for spying on its citizens, no argument there, but “cyber-security”? This almost had to be some kind of a joke. The US is outstanding as the world’s leader in being hacked by almost everybody almost everywhere. The military, the CIA, the banks, the credit card companies, credit reporting firms, retailers like Wal-Mart and Target, Sony Pictures, Facebook, Twitter, major multinationals, are in the news weekly for having had their records hacked yet again and the personal information of tens of millions of Americans splashed all over the internet. Identity theft was born in America, and in no other country do we read so regularly of this occurring on such huge scales. Where could we find any evidence of security in the cyber realm in the USA? No place, but the Americans are at the top anyway.

Health security. In America? The US health care system is renowned for being the worst in the world unless you’re rich.

The number of hospital beds is of little concern when everybody is dying in the parking lot because they can’t afford health care.

The US has one of the lowest life expectancies and highest infant mortality rates of all developed nations and many so-called developing countries as well. Except for places like Iraq, Libya, Serbia that have been flooded with radioactive waste from artillery munitions, the US is one of the world’s leaders in the incidence of cancers.

Infrastructure security is worse. It is the US – and only the US – where bridges are collapsing into rivers, where entire highway systems are suffering from decades of neglect and must be totally torn out and rebuilt, but cannot be because the country no longer has any money.

It is the US where dams are failing with frightening regularity, the last year having more than 1,000 “dam incidents” where a dam was in imminent danger of failure and collapse American airports, railways and other infrastructure in America came fifth in a comparison with Guatemala, Angola, Kirgizstan and Nauru. Where is the safety in all of this? 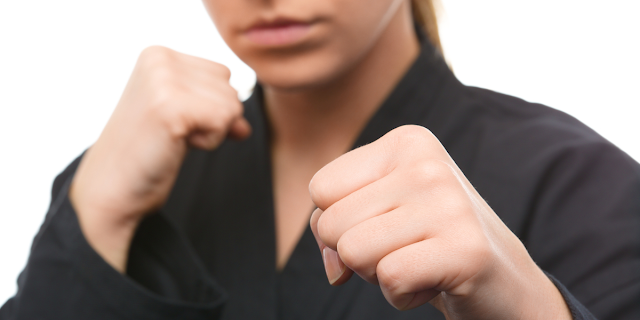 Then we had Personal Safety. The Economist told us that “High levels of police engagement … are instrumental to security”. Well, not in America, they aren’t. In fact, the higher the levels of “police engagement” in the US, the more likely you are to be shot dead. Or strangled. And as to reported crimes, Chicago, Washington DC, Detroit, are the murder capitals of the world, many of these originating with the police forces. The entire South Side of Chicago is a place nobody goes unless they want to be killed, but this city ranks near the top in the Economist’s list of The World’s Safest Cities. The entire Economist staff must have been sniffing glue while writing their report.

But even these innovative metrics required adjustment and tweaking to get any American cities even into the top 5,000 safest places. The so-called researchers added one indication of their mentality by stating that “Being statistically safe is not the same as feeling safe”. I cannot imagine here what these people were thinking.

And this leads us to China, a country renowned for its low crime rates and very high levels of personal safety. I have travelled through almost every part of this country, from the largest cities to rural areas, in daylight and darkest night, alone and with companions, and in 15 years I can honestly say I have never once had the slightest concern for my personal safety, and in fact the thought had never entered my mind. 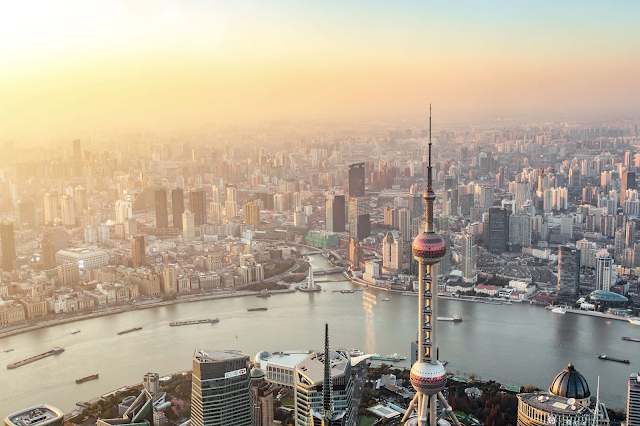 Cities like Shanghai and Beijing lead the world in personal safety in all respects. But China barely appeared in the entire long list, and mostly only to the tune of snotty references like “China has a mixed record on the safety of everything from buildings to rail systems. In 2011, for instance, a high-speed rail crash in Wenzhou”. The US has hundreds of rail accidents but these rated no mention. China’s infrastructure is mostly new and well-maintained, health care is very high quality, the country has no shortage of hospital beds, and life expectancy is higher than that of the US but rated a zero anyway.

Of course, this report was mocked and ridiculed mercilessly online by many people, some asking “Where can I order some of what the “intelligence unit” is smoking?”, while others noted that “Chicago, Los Angeles and Washington DC. Three murder capitals in the top 20.”

Others simply wrote “What a load of rubbish.”

But we should nevertheless credit the Economist for doing their best to help their American friends in a time of need. They even went so far as to encourage Americans by telling them that they really should feel safer than they do because – based on these foolishly irrelevant metrics – their cities are safe.

But the people at the Economist did at least have the good sense to realise that a great many Americans are ignorant enough to believe what they read, and might act on that belief to their immediate demise. So at the end of the report: “The Economist Intelligence Unit Ltd. cannot accept any responsibility or liability for reliance by any person on this report or any of the information, opinions or conclusions set out in this report.” Not hard to understand why.

It may be true that very few people in most Western countries, but especially in North America, have any understanding of life in a safe country. Here are three examples, two from my personal experience, the other related by a friend.

1. I was walking down a street in Monte Carlo, chatting with a policeman when, in front of an expensive apartment building, we saw a Rolls-Royce convertible with the top down, the keys in the ignition and the engine running, and what looked like a diamond necklace sitting on the seat. The policeman said he knew the woman who owned the car and, since we’d been discussing safety, he offered this brief commentary:

“She has probably gone upstairs to her apartment, forgotten about her car, and gone to sleep. But when she comes out in the morning, her car will still be here, the engine still running, and her diamond necklace will still be on the seat where she left it.”

2. China is still in some ways a cash society, having bypassed cheques and cards for mobile phone payment but surprisingly still using bills for many large transactions. In any city in China we see on a daily basis people standing in line at an ATM, patiently waiting while one person is feeding huge wads of bills into the machine, 10,000 RMB at a time, the pile of cash often exceeding perhaps $US 50,000. This is such a common transaction as to be completely ignored by everyone. In any city in North America this is begging for a ‘snatch and grab’ robbery, but I have never heard of such a thing occurring in China. 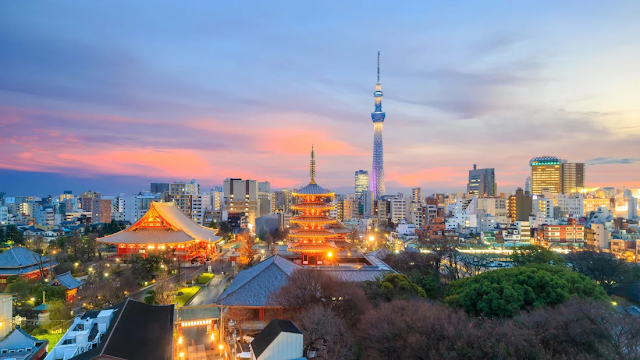 3. An acquaintance of mine in Tokyo was waiting for a friend at a train station about 100 meters from her office when she remembered some important papers she needed. Her office would be closed within a few minutes, but the train was also arriving within a few minutes. What to do? On a bench just outside the train station exit, she left her bag, knowing her friend would recognise it, and returned to her office to collect her papers. This was her purse – with her wallet, passport, money, credit cards. When she returned to the station, her friend was sitting on the bench beside her bag, waiting for her. Theft is unknown in Japan, and no parents worry about their children being out late at night in even the largest cities.