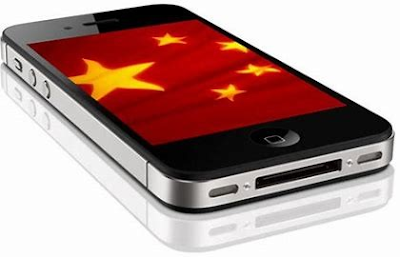 I want to make it clear from the start that I have no quarrel with Apple products. I am not an Apple fan, but millions of people love Apple products, mostly with good reason, and Apple has become a fad. However, there is a very dirty underbelly to all this, one that the Western and especially US media desperately hide, with a censorship that is total.

Apple today is in the news due to severe labor unrest at its main assembly plant in Zhengzhou, China, with the Western media providing about 98% misinformation. This is the last part of the legacy of Steve Jobs who created a kind of sociopathic monster behind the scenes that is not at all in keeping with the cute, pretty and friendly image Apple try to convey as a company.

Apple do not manufacture or assemble any of their products, all this being subcontracted to others with Apple simply collecting the profits. CPUs and specific parts are made in China, Taiwan, other nations, then all delivered to Apple's main assembly plant in Zhengzhou, China for assembly, testing, packaging and shipping. This is the source of all the trouble. The company in charge of this venture, a Taiwanese firm named Foxconn, has facilities in Zhengzhou with about one million workers for Apple products, a site that has been operated as virtually a concentration camp for years. The situation is well-known in China but not a single word appears to have ever escaped into the Western media.

These young people working for Foxconn assembling Apple products work very long shifts, live in "dormitories" that are little over 100 sq. ft. each, and are virtually prisoners in this "factory campus". The pressures have always been intense. Several years ago, it was so bad that there were flurries of suicides at the factory where young people were simply unable to withstand the strain and pressure. The pay has never been good and the working conditions, terrible. Those who accepted these jobs did so because they had few other choices, but the undercurrents of brutality were always there. The lack of concern for these young people in the West was unconscionable. I was stunned to read a report on the suicides in the Western media where someone wrote that the suicide rate per million for Foxconn employees was lower than that for China generally, and that this proved it was a good place to work. Aside from being untrue, I can scarcely imagine a heart more callous than to write something like that.

It is only due to the arrangement Jobs made with Foxconn that Apple is at all profitable - "the world's most valuable company". If those young people were employed at any normal facility, paid anything resembling a living wage, Apple would be nothing, at least financially. It has always been a surprise to me that the Chinese government didn't just shut the entire place down. One of the issues is that both Apple and Foxconn have consistently been permitted to violate almost all labor laws in China, usually by claiming unclear legislation. One result is that Apple has ensured its costs remain low by Foxconn requiring their staff to work 10 and 12 hours per day, sometimes 7 days a week, but somehow always neglecting or refusing to pay overtime.

This past week, things seem to finally have reached a crisis. Foxconn began increasing the pressure enormously on those young people for higher (and cheaper) production in preparation for the Christmas season, but more than 100,000 employees quit instead. Foxconn managed to recruit another 100,000 replacements, but more than 20,000 of those quit the same day they arrived when they discovered Foxconn had no intention of paying the salaries and bonuses they actually promised in their recruiting drive. CNN quoted Foxconn as saying this was "a glitch", but it was no glitch. It was just a continuation of the sociopathic and psychopathic policies Apple and Foxconn have always followed in China. They didn’t quit because of COVID; they quit because they were once again lied to and cheated. Foxconn even offered a 38% pay increase, but no one believed them, and quit anyway.

The resentment appears to have reached a critical level that is contagious among all the staff, and there are now reports of many more resignations and what is essentially a strike by all the workers. And not before time. The Western media today are making a great effort to shift the blame to China by blaming the country's COVID policies, but this is almost entirely irrelevant to the situation. COVID has made things a bit worse, but is in no way the cause of what is happening. The media reports are 98% rubbish, so much so that I won't even bother trying to refute them. Here are links to some of them. Read, and decide for yourself. Believe whatever pleases you.[1][2][3][4][5][6]

This is an introduction to an article I have also submitted today, titled "Apple's Rotten Core", which is itself part of a series I am doing on criminal corporations. I have so far published only one, on P&G.[7] This one on Apple is the second in the series.

The situation is very bad, unethical, inhumane, and absolutely criminal, far worse than my brief description here would indicate. Readers may think this very mean-spirited of me, but I fervently hope Foxconn's troubles (and Apple's) are fatal, that the entire company collapses and ceases operation, and takes Apple with it. As I said at the outset, I have no disaffection for Apple's products but, of all the Western criminal multi-national enterprises operating in the world today, Apple, at least in my opinion, is very near the top of the list and deserves extermination.

[6] Apple has a huge problem with an iPhone factory in China
https://edition.cnn.com/2022/11/25/tech/apple-foxconn-iphone-supply-china-covid-intl-hnk/index.html